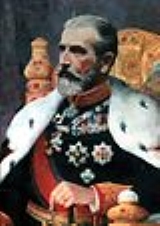 During his reign, he personally led Romanian troops during the Russo-Turkish War and assumed command of the Russo/Romanian army during the siege of Plevna.

I need information on any friends, retainers and/or servants of Carol the I and his wife with the surname "Lang" or beginning with "Lang..." (Langosy?...
More
x