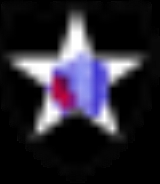 Encyclopedia
Camp Humphreys or USAG-H (United States Army Garrison-Humphreys) is a medium-sized United States Army
United States Army
The United States Army is the main branch of the United States Armed Forces responsible for land-based military operations. It is the largest and oldest established branch of the U.S. military, and is one of seven U.S. uniformed services...
garrison
Military base
A military base is a facility directly owned and operated by or for the military or one of its branches that shelters military equipment and personnel, and facilitates training and operations. In general, a military base provides accommodations for one or more units, but it may also be used as a...
located near Anjeong-ri
Anjeong-ri
Anjeong-ri is a community located in the southwestern area of Pyeongtaek City, Gyeonggi Province, Republic of Korea. Anjeong-ri is located on the perimeter of USAG Humphreys, a US Army facility undergoing rapid expansion. In 1919, Japan built an airfield in Anjeong-ri...
and south of Pyeongtaek
Pyeongtaek
Pyeongtaek is a city in Gyeonggi Province, South Korea. Located in the southwestern part of the province, Pyeongtaek was founded as a union of two districts in 940 AD, during the Goryeo dynasty. It was elevated to city status in 1986, and is home to a South Korean naval base and a large...
metropolitan area in South Korea
South Korea
The Republic of Korea , , is a sovereign state in East Asia, located on the southern portion of the Korean Peninsula. It is neighbored by the People's Republic of China to the west, Japan to the east, North Korea to the north, and the East China Sea and Republic of China to the south...
. Camp Humphreys is located 55 miles south of Seoul and is one of the U.S. Army's fastest growing installations. It is home to Desiderio Army Airfield, one of the busiest overseas airfields with over 60,000 movements annually. In addition to an Army airfield, there are U.S. Army and U.S. Air Force direct support, transportation, and tactical units located there. USAG-H is the home of about 9,500 military personnel, over 1,000 family members, DoD employees, and contractors.

Camp Humphreys is home to the Combat Aviation Brigade, some units of the 2nd Infantry Division, military intelligence units and several other military organizations.

Many Koreans, as well as Korean street signs, still refer to USAG Humphreys by its Korean War airfield name, K-6.

The installation covers an area about one mile wide and two miles long.

The post includes a commissary, Exchange (AAFES), post-office, USO, a movie theater that was recognized as best in the Army in 2011, and a food court that contains Subway, Popeye's, Anthony's Pizza, Baskin-Robbins, Krispy Kreme, Starbucks and Taco Bell. There is also a stand alone Burger King and Pizza Hut on post. Navy Federal Credit Union and Bank of America branches are located near the Px. The Px includes an ATM, GNC retail store, a Korean bazaar, barber, and full service beauty parlor.

There is also a Community Activity Center that hosts shows and awards banquets and a Youth Services Center and Child Development Center.

There are 148 family housing units with many more planned. Most are in one of three towers located near the school and health clinic, and feature two-, three- and four-bedroom dwellings from 1,600 - 1,700 square feet in size. Each unit has a living room and dining area, kitchen, storage room, laundry room, family room, bedrooms, two full baths, and storage space.

Each quarter, the Humphreys commander and directorate heads host a Town Hall Meeting. This open forum allows soldiers, civilians and families who live and work on Humphryes to give suggestions and express concerns about the installion.

Camp Humphreys houses the Eighth United States Army military confinement facility, which detains soldiers sentenced for no more than a year or until they are transferred to a military prison facility in the United States. There is currently no single major headquarters on the base, but garrison command is exercised by the US Army Installation Management Agency. The United States Eighth Army is the ultimate tactical parent unit for most of the organizations on post.

The 25th Transportation Battalion plans and coordinates transportation support and the movement of personnel and material. On order, it can transition to war, support noncombatant evacuations, and support reception, staging, and onward movement of combat forces.

The 2nd Combat Aviation Brigade conducts theater aviation operations in support of 8th U.S. Army. On order, the brigade provides combat aviation support to the ground component command as an element of the Combined Aviation Force.

The 94th Military Police Battalion establishes and maintains discipline throughout the Republic of Korea. On order, the battalion conducts operational area security and internment and resettlement activities in order to support 8th Army.

The 19th Military Police Battalion is also housed at Humphreys.

He is a Distinguished Military Graduate of Virginia Tech and also holds a Master's of Architecture from the school.

Moore is an honor graduate of Presidio of Monterey for foreign language study at the Defense Language Institute and he is fluent in French and German.

He is a previous winner of the United States Arm, Europe’s (USAREUR) Directore of Public Works of the Year award.

The senior enlisted soldier on Camp Humphreys is Command Sergeant Major Spencer L. Gray. He holds a bachelor's in human resource administration from Saint Leo University and a master's in the fame field from Webster University.

In 1919 Imperial Japanese Army
Imperial Japanese Army
-Foundation:During the Meiji Restoration, the military forces loyal to the Emperor were samurai drawn primarily from the loyalist feudal domains of Satsuma and Chōshū...
soldiers constructed Pyongtaek Airfield. The post was constructed by Korean labor. During the Korean War, Pyeongtaek Airfield was called K-6 after a new runway was being repaired and enhanced by the U.S. Air Force to accommodate U.S. Marine Air Group 12 and the 614th Tactical Control Group. In 1962 it was renamed Camp Humphreys in honor of Chief Warrant Officer 2 Benjamin K. Humphreys, 6th Transportation Company, who died in a helicopter accident nearby. During and after the Korean War
Korean War
The Korean War was a conventional war between South Korea, supported by the United Nations, and North Korea, supported by the People's Republic of China , with military material aid from the Soviet Union...
, the base was expanded with land from the settlements of Daechuri, Anjeongri, Doojungri, Hamjungri, Naeri, and Dongcahngri.

The Humphreys District Command was activated in 1964 as a separate installation command of the Eighth U.S. Army. In 1974, with the activation of the 19th Support Brigade, this was designated as U.S. Army Garrison, Camp Humphreys. In 1985, it was restructured to support wartime missions and was designated the 23rd Support Group which provided all direct support, supply and maintenance, training aides, and operated the Eighth Army Milk Plant. In 1996, a separate U.S. Army Support Activity USAG-H was activated to provide base operations and community support.

In October 2006, Residents of Daechuri and other small villages near Pyeongtaek agreed to a government settlement to leave their homes and allow for the base expansion. According to a Korea Herald article, "The government has agreed to provide the residents with an additional compensation package under which they will receive a $230 grant every month for 10 years along with 26.4 square meters of land in an area being set aside for their relocation. Residents have also been given lump sum compensation averaging $20,000 each which the government claims is between three to four times the current market value of their properties."

In September 2011, ground was broken on the future site of Humphreys Elementary School and Humphreys High School. When finished in July 2013, the schools will accommodate 1,700 students. The elementary school will hold kindergarten through fifth-grade classes and the high school will hold sixth through 12th grades until a new middle school opens the following year. More projects will follow, as Humphreys becomes the primary U.S. military installation in Korea.