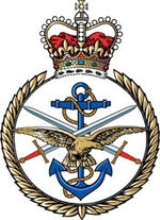 A handful of units are permanently based in Gibraltar for its territorial defence: