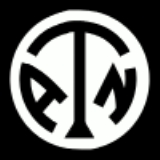 Encyclopedia
The British 18th Division was a New Army division
Division (military)
A division is a large military unit or formation usually consisting of between 10,000 and 20,000 soldiers. In most armies, a division is composed of several regiments or brigades, and in turn several divisions typically make up a corps...
formed in September 1914 as part of the K2 Army Group. The division landed in France
France
The French Republic , The French Republic , The French Republic , (commonly known as France , is a unitary semi-presidential republic in Western Europe with several overseas territories and islands located on other continents and in the Indian, Pacific, and Atlantic oceans. Metropolitan France...
on 25 May 1915 and spent the duration of the First World War
World War I
World War I , which was predominantly called the World War or the Great War from its occurrence until 1939, and the First World War or World War I thereafter, was a major war centred in Europe that began on 28 July 1914 and lasted until 11 November 1918...
in action on the Western Front
Western Front (World War I)
Following the outbreak of World War I in 1914, the German Army opened the Western Front by first invading Luxembourg and Belgium, then gaining military control of important industrial regions in France. The tide of the advance was dramatically turned with the Battle of the Marne...
, becoming one of the elite divisions of the British Army. During the Battle of the Somme, the Division was commanded by Major General Ivor Maxse
Ivor Maxse
General Sir Ivor Maxse, KCB, CVO, DSO, was a World War I general, best known for his innovative and effective training methods.-Early life:Maxse was educated at Mr...
.