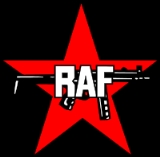 Brigitte Mohnhaupt was released from prison march 2007. Does anyone know about her whereabouts these days?
More

Encyclopedia
Brigitte Margret Ida Mohnhaupt (born 24 June 1949 in Rheinberg
Rheinberg
Rheinberg is a town in the district of Wesel, in North Rhine-Westphalia, Germany. It is situated on the left bank of the Rhine, approx. north of Moers and south of Wesel....
) is a German
Germany
Germany , officially the Federal Republic of Germany , is a federal parliamentary republic in Europe. The country consists of 16 states while the capital and largest city is Berlin. Germany covers an area of 357,021 km2 and has a largely temperate seasonal climate...
militant
Militant
The word militant, which is both an adjective and a noun, usually is used to mean vigorously active, combative and aggressive, especially in support of a cause, as in 'militant reformers'. It comes from the 15th century Latin "militare" meaning "to serve as a soldier"...
associated with the second generation of the Red Army Faction
Red Army Faction
The radicalized were, like many in the New Left, influenced by:* Sociological developments, pressure within the educational system in and outside Europe and the U.S...
(RAF) members. She was also part of the Socialist Patients' Collective
Socialist Patients' Collective
The Socialist Patients' Collective was a patients' collective founded in Heidelberg in February 1970, by Wolfgang Huber. The kernel of the SPK's ideological program is summated in the slogan Turn Illness into a weapon, which remains actively practiced...
(SPK). From 1971 until 1982 she was active within the RAF.

Mohnhaupt was born in Rheinberg
Rheinberg
Rheinberg is a town in the district of Wesel, in North Rhine-Westphalia, Germany. It is situated on the left bank of the Rhine, approx. north of Moers and south of Wesel....
, North Rhine-Westphalia
North Rhine-Westphalia
North Rhine-Westphalia is the most populous state of Germany, with four of the country's ten largest cities. The state was formed in 1946 as a merger of the northern Rhineland and Westphalia, both formerly part of Prussia. Its capital is Düsseldorf. The state is currently run by a coalition of the...
, the daughter of an employee in a publishing house.
After her parents' divorce in 1960 she stayed with her mother. She took her abitur
Abitur
Abitur is a designation used in Germany, Finland and Estonia for final exams that pupils take at the end of their secondary education, usually after 12 or 13 years of schooling, see also for Germany Abitur after twelve years.The Zeugnis der Allgemeinen Hochschulreife, often referred to as...
in 1967 in Bruchsal
Bruchsal
Bruchsal is a city at the western edge of the Kraichgau, approximately 20 km northeast of Karlsruhe in the state of Baden-Württemberg, Germany...
, and later that year enrolled with the philosophy
Philosophy
Philosophy is the study of general and fundamental problems, such as those connected with existence, knowledge, values, reason, mind, and language. Philosophy is distinguished from other ways of addressing such problems by its critical, generally systematic approach and its reliance on rational...
department at the University of Munich. She was married to Rolf Heissler 1968-1970. While in Munich, she joined the local commune
Commune (intentional community)
A commune is an intentional community of people living together, sharing common interests, property, possessions, resources, and, in some communes, work and income. In addition to the communal economy, consensus decision-making, non-hierarchical structures and ecological living have become...
scene, where she met core figures of the 1960s student movement
German student movement
The German student movement was a protest movement that took place during the late 1960s in West Germany. It was largely a reaction against the perceived authoritarianism and hypocrisy of the German government and other Western governments, and the poor living conditions of students...
such as Rainer Langhans, Fritz Teufel
Fritz Teufel
Fritz Teufel was a prominent figure in the West German political left of the 1960s. One of the founders of Kommune 1, Teufel cultivated a theatrical, humorous public image--encapsulated in his idea of the "Spaßguerilla" . In the 1970s he rejected this image and became involved with the violent...
and Uschi Obermaier
Uschi Obermaier
Uschi Obermaier is a former fashion model, actress and is associated with the 1968 left-wing movement in Germany. In the latter she is considered an iconic sex symbol of the so-called "1968 generation"....
. In 1969, she participated in an illegal demonstration in the USA cultural center in Munich (Amerikahaus) to protest the Vietnam War
Vietnam War
The Vietnam War was a Cold War-era military conflict that occurred in Vietnam, Laos, and Cambodia from 1 November 1955 to the fall of Saigon on 30 April 1975. This war followed the First Indochina War and was fought between North Vietnam, supported by its communist allies, and the government of...
. She was reportedly influenced by Carlos Marighella
Carlos Marighella
Carlos Marighella , was a Brazilian Marxist revolutionary and writer.Marighella's most famous contribution to guerrilla literature was the Minimanual of the Urban Guerrilla, consisting of advice on how to disrupt and overthrow an authoritarian regime aiming a revolution. He also wrote For the...
's Manual of the Urban Guerilla.


Activities as a member of the RAF

Originally a member of the SPK
Socialist Patients' Collective
The Socialist Patients' Collective was a patients' collective founded in Heidelberg in February 1970, by Wolfgang Huber. The kernel of the SPK's ideological program is summated in the slogan Turn Illness into a weapon, which remains actively practiced...
, Mohnhaupt (together with fellow commune member Irmgard Möller
Irmgard Möller
Irmgard Möller is a German militant and a former member of the Red Army Faction...
) joined the Red Army Faction around 1971 after the SPK dissolved, and helped with organization, logistics
Logistics
Logistics is the management of the flow of goods between the point of origin and the point of destination in order to meet the requirements of customers or corporations. Logistics involves the integration of information, transportation, inventory, warehousing, material handling, and packaging, and...
, and weapon procurement. Below is a timeline
Chronology
Chronology is the science of arranging events in their order of occurrence in time, such as the use of a timeline or sequence of events. It is also "the determination of the actual temporal sequence of past events".Chronology is part of periodization...
of Mohnhaupt's major acts as a member of the RAF.

On 11 November 1982 Mohnhaupt, along with Adelheid Schulz
Adelheid Schulz
Adelheid "Heidi" Schulz was a member of the West German terrorist Red Army Faction.-Early life:Having trained as a nurse, Schulz moved to Karlsruhe in the early 1970s and took up residence in a flat with Günter Sonnenberg, Knut Folkerts and her boyfriend Christian Klar – who would all at a later...
, was caught entering an RAF arms cache in the woods near Frankfurt
Frankfurt
Frankfurt am Main , commonly known simply as Frankfurt, is the largest city in the German state of Hesse and the fifth-largest city in Germany, with a 2010 population of 688,249. The urban area had an estimated population of 2,300,000 in 2010...
which had been staked out by GSG 9
GSG 9
The GSG 9 der Bundespolizei , is the elite counter-terrorism and special operations unit of the German Federal Police.-History and name:...
men. Mohnhaupt was detained and sentenced to five terms of life in prison
Life imprisonment
Life imprisonment is a sentence of imprisonment for a serious crime under which the convicted person is to remain in jail for the rest of his or her life...
with a minimum 24-year mandatory sentence by the appellate court of Stuttgart. She was given this sentence because of the significant role she played during the German Autumn
German Autumn
The German Autumn was a set of events in late 1977, associated with the kidnapping and murder of industrialist Hanns-Martin Schleyer, President of the Confederation of German Employers' Associations and the Federation of German Industries , by the Red Army Faction , and the hijacking of the...
and for her part in the attempted assassination of NATO General Kroesen
Frederick Kroesen
Frederick James Kroesen, Jr. is a United States Army four star general and was the Commanding General of the Seventh United States Army and the commander of NATO Central Army Group from 1979 to 1983, and Commanding General, United States Army Forces Command from 1976 to 1978...
. The court considered her a leading figure of the RAF, but could not determine whether she had personally been involved in any of the murders. After her conviction, Mohnhaupt declared that the RAF would continue to fight.

Her arrest was a massive blow to the RAF (as she had become almost as important to her RAF 'generation' as Gudrun Ensslin
Gudrun Ensslin
Gudrun Ensslin was a founder of the German militant group Red Army Faction . After becoming involved with co-founder Andreas Baader, Ensslin was influential in the politicization of Baader's voluntaristic anarchistic beliefs. Ensslin was perhaps the intellectual head of the RAF...
and Andreas Baader
Andreas Baader
Andreas Bernd Baader was one of the first leaders of the German left-wing militant organization Red Army Faction, also commonly known as the Baader-Meinhof Gang.- Life :...
had been to theirs).

She was released from Aichach prison on 25 March 2007.

Many German politicians were in favour of clemency towards Brigitte Mohnhaupt and Christian Klar. Former Justice minister Klaus Kinkel
Klaus Kinkel
Klaus Kinkel is a German civil servant, lawyer, and politician of the liberal Free Democratic Party . He served as Federal Minister of Justice , Foreign Minister and Vice Chancellor of Germany in the government of Helmut Kohl. He was also chairman of the liberal Free Democratic Party from 1993...
(FDP
Free Democratic Party (Germany)
The Free Democratic Party , abbreviated to FDP, is a centre-right classical liberal political party in Germany. It is led by Philipp Rösler and currently serves as the junior coalition partner to the Union in the German federal government...
) had pleaded in favour of a "second chance"; former president of the Bundestag
Bundestag
The Bundestag is a federal legislative body in Germany. In practice Germany is governed by a bicameral legislature, of which the Bundestag serves as the lower house and the Bundesrat the upper house. The Bundestag is established by the German Basic Law of 1949, as the successor to the earlier...
Wolfgang Thierse
Wolfgang Thierse
Wolfgang Thierse is a German politician .- Early years in the GDR :Thierse was born in Breslau . He is a Roman Catholic and grew up in East Germany. After his A-levels he first worked as a typesetter in Weimar...
(SPD
Social Democratic Party of Germany
The Social Democratic Party of Germany is a social-democratic political party in Germany...
) declared that "expiation" has taken place, and Green member Antje Vollmer
Antje Vollmer
Antje Vollmer is a German politician of the German Green Party. Since 1994 she has been one of the vice presidents of the German parliament, the Bundestag....
stated that they "have been longer in prison than any Nazi criminal." On the other hand, Konrad Freiberg, president of the police union, who had seen ten of his officers killed by the RAF, and Bavarian Interior Minister Günther Beckstein
Günther Beckstein
Günther Beckstein is a Bavarian CSU politician and was Minister-President of Bavaria from 9 October 2007 to 27 October 2008...
were more than reluctant to see her released. However, Gerhart Baum
Gerhart Baum
Gerhart Rudolf Baum is a German politician of the Free Democratic Party and a lawyer....
(FDP), Federal Interior Minister from 1978 to 1982, was in favor of Brigitte Mohnhaupt's release, as it showed that she was treated no worse nor better than any other prisoner, being released after having served all 24 years of her mandatory sentence. According to weekly Die Zeit
Die Zeit
Die Zeit is a German nationwide weekly newspaper that is highly respected for its quality journalism.With a circulation of 488,036 and an estimated readership of slightly above 2 million, it is the most widely read German weekly newspaper...
, keeping her in prison would signify that the state was confirming the terrorists' view of themselves as political prisoner
Political prisoner
According to the Longman Dictionary of Contemporary English, a political prisoner is ‘someone who is in prison because they have opposed or criticized the government of their own country’....
s.
The source of this article is wikipedia, the free encyclopedia.  The text of this article is licensed under the GFDL.