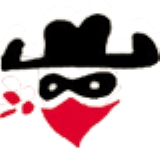 Overview
The Berwick Bandits are a speedway
Motorcycle speedway
Motorcycle speedway, usually referred to as speedway, is a motorcycle sport involving four and sometimes up to six riders competing over four anti-clockwise laps of an oval circuit. Speedway motorcycles use only one gear and have no brakes and racing takes place on a flat oval track usually...
team based at Shielfield Park
Shielfield Park
Shielfield Park is a football stadium that is home to Berwick Rangers and the Berwick Bandits speedway team. Although Berwick Rangers is a Scottish Football League club, Shielfield Park is situated in Tweedmouth, England.-History:...
, Berwick upon Tweed, the club competes in the British Premier League
Speedway Premier League
The Premier League is the second division of Speedway in the United Kingdom and goverened by the Speedway Control Board , in conjunction with the British Speedway Promoters' Association . The Premier League was founded in 1995 when it replaced the British League as the first division...
.
Berwick have been operational in consecutive seasons from 1968 through to the present day. For such a small club, Berwick have had relative success. They were Division 2 Knock-out cup winners in 1980 and 1989, and the division one equivalent in their only top flight season in 1991. To add to this there were two national league riders championships for Wayne Brown (1980) and Steve McDerrmott (1983).

Between 1982 and 1996, Berwick Bandits were based at the Berrington Lough track near Ancroft
Ancroft
Ancroft is a village and civil parish in Northumberland, England. Prior to 1844, Ancroft lay within the Islandshire exclave of County Durham. It is south of Berwick-upon-Tweed, and has a population of 885....
, Northumberland.