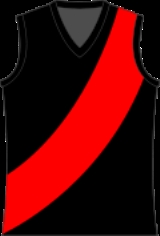 The Diggers moniker was changed to the Bendigo Bombers in the same year to reflect the moniker of the Essendon AFL club.

The club has not yet won a premiership.