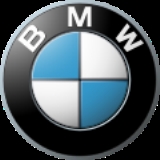 Overview
Bayerische Motoren Werke AG (BMW) (Bavarian Motor Works) is a German automobile, motorcycle and engine manufacturing company founded in 1916. It also owns and produces the Mini marque, and is the parent company of Rolls-Royce Motor Cars
Rolls-Royce Motor Cars
Rolls-Royce Motor Cars is a British manufacturer of luxury automobiles based at the Goodwood plant in West Sussex, England. It is the current producer of Rolls-Royce branded automobiles, whose historical production dates back to 1904. The factory is located across from the historic Goodwood Circuit...
. BMW produces motorcycles under BMW Motorrad
BMW Motorrad
BMW Motorrad is the motorcycle brand of the German company BMW, part of its Corporate and Brand Development division. The current General Director of the unit is Hendrik von Kuenheim....
and Husqvarna
Husqvarna Motorcycles
Husqvarna Motorcycles, a subsidiary of BMW, is a company manufacturing motocross, enduro and supermoto motorcycles. The company began producing motorcycles in 1903 at Huskvarna, Sweden, as a branch of the Husqvarna armament firm which had supplied the Swedish army with rifles since 1689.-History:As...
brands. In 2010, the BMW group produced 1,481,253 automobiles and 112,271 motorcycles across all its brands.
BMW entered existence as a business entity following a restructuring of the Rapp Motorenwerke
Rapp Motorenwerke
Rapp Motorenwerke GmbH was one of the first aircraft engine manufacturers in Germany at the turn of the 20th Century and underwent numerous mergers and changes before becoming BMW AG.-Early engines:...
aircraft engine manufacturing firm in 1917.