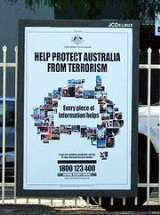 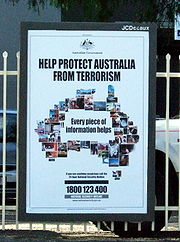 Due to the division of powers in Australia's constitution, the bill needed the support of the states. An outline of the bill was given in-principle support by the State Premiers.

Prior to its reading in federal parliament, a confidential draft of the legislation was published online by ACT
Australian Capital Territory
The Australian Capital Territory, often abbreviated ACT, is the capital territory of the Commonwealth of Australia and is the smallest self-governing internal territory...
Chief Minister Jon Stanhope
Jon Stanhope
Jonathan Ronald Stanhope is a former Australian politician who was Labor Chief Minister of the Australian Capital Territory from 2001 to 2011. Stanhope represented the Ginninderra electorate in the ACT Legislative Assembly from 1998 until 2011. He resigned as Chief Minister on 12 May 2011 and as...
, who stated "Law of this significance made in this haste can't be good law". The Opposition and minor parties expressed concern that a Senate inquiry would not be given enough time to consider the new laws. Prime Minister John Howard
John Howard
John Winston Howard AC, SSI, was the 25th Prime Minister of Australia, from 11 March 1996 to 3 December 2007. He was the second-longest serving Australian Prime Minister after Sir Robert Menzies....
rejected the concern and criticised Stanhope, saying that "the premiers and the other chief minister did not deserve to be hijacked in relation to their ability to participate in consultation." The public exposure saw elements of the bill, including a 'shoot to kill
Deadly force
Deadly force, as defined by the United States Armed Forces, is the force which a person uses, causing—or that a person knows, or should know, would create a substantial risk of causing—death or serious bodily harm...
' clause, criticised as excessive. Victorian
Victoria (Australia)
Victoria is the second most populous state in Australia. Geographically the smallest mainland state, Victoria is bordered by New South Wales, South Australia, and Tasmania on Boundary Islet to the north, west and south respectively....
Premier Steve Bracks
Steve Bracks
Stephen Philip Bracks AC is a former Australian politician and the 44th Premier of Victoria. He first won the electoral district of Williamstown in 1994 for the Australian Labor Party, and was party leader and Premier from 1999 to 2007....
noted the 'shoot to kill' clause had not been discussed at the Council of Australian Governments
Council of Australian Governments
The Council of Australian Governments is an organisation consisting of the federal government, the governments of the six states and two mainland territories and the Australian Local Government Association. It was established in May 1992 after agreement by the then Prime Minister, Premiers and...
meeting where the draft laws were forged. Community concern arose that Muslims would be unfairly targeted by the new law.

The Australian government planned for the bill to be introduced, debated and passed on 1 November 2005 (Melbourne Cup
Melbourne Cup
The Melbourne Cup is Australia's major Thoroughbred horse race. Marketed as "the race that stops a nation", it is a 3,200 metre race for three-year-olds and over. It is the richest "two-mile" handicap in the world, and one of the richest turf races...
race day). The Labor
Australian Labor Party
The Australian Labor Party is an Australian political party. It has been the governing party of the Commonwealth of Australia since the 2007 federal election. Julia Gillard is the party's federal parliamentary leader and Prime Minister of Australia...
Opposition and the minor parties decried the paucity of time allowed for debate. The Prime Minister agreed to allow more time on the proviso that the bill be passed before Christmas 2005.

The bill became law on 6 December 2005. Measures for greater protection of free speech and greater scrutiny of the law's application, proposed at different stages by individual government members and Labor, were not accommodated. Labor voted to support the bill. The Greens and Australian Democrat senators voted against.

The first three "chapters" of the Australian Constitution separate power between the executive, legislative and judicial arms of government. This "separation of powers" doctrine has been interpreted by the High Court in Lim v Minister for Immigration (1992) 176 CLR 1 as granting an immunity for Australian Citizens from involuntary detention by the Government except as a consequence of a finding of criminal guilt before a court. There are some exceptions, such as the detention of a person following their arrest and before they are brought before a court, or whilst on remand awaiting trial where bail is refused. The Federal Government appears to have interpreted as Constitutional periodic detention for up to 48 hours and co-operated with State governments (which do not have the same entrenched separation of powers doctrine) to allow for detention up to 14 days. The Federal government also introduced "control orders" which allow for a range of restrictions to be placed on an individual (who has not been charged, let alone found guilty of any criminal offence) including subjecting that person to 12 months house arrest. Notwithstanding this, both state and federal preventative detention and federal control orders may still be open to a Constitutional challenge.

Queensland Premier Peter Beattie
Peter Beattie
Peter Douglas Beattie , Australian politician, was the 36th Premier of the Australian state of Queensland for nine years and leader of the Australian Labor Party in that state for eleven and a half years...
announced that he has received advice that the blurring of boundaries between the executive and judicial powers is likely to be unconstitutional. This assertion was rejected by the then Prime Minister, John Howard: "Lawyers often have different opinions as to what the law means.". Former federal Treasurer Peter Costello
Peter Costello
Peter Howard Costello AC is an Australian politician and lawyer who served as the Treasurer in the Australian government from 1996 to 2007. He is the longest-serving Treasurer in Australian history. Costello was a Member of the Australian House of Representatives from 1990 to 2009, representing...
has adopted a more cautious attitude, stating that "you never really know" the answer to the vexed question of constitutionality "until such time as the courts decide on these things".(SMH, 27 October 2005) According to spokespeople for the then Prime Minister, his and the Treasurer's views were compatible, but some media outlets, including the Sydney Morning Herald, insinuated otherwise.


Deficiencies in the existing law

Attorney General
Attorney General
In most common law jurisdictions, the attorney general, or attorney-general, is the main legal advisor to the government, and in some jurisdictions he or she may also have executive responsibility for law enforcement or responsibility for public prosecutions.The term is used to refer to any person...
Philip Ruddock
Philip Ruddock
Philip Maxwell Ruddock is an Australian politician who is currently a member of the House of Representatives representing the Division of Berowra, New South Wales, for the Liberal Party of Australia...
said that the new laws are needed, on advice from the Australian Federal Police that existing laws would not protect Australians from London-style terrorist attacks.


The "Shoot to Kill" Clause

The "Shoot to kill
Deadly force
Deadly force, as defined by the United States Armed Forces, is the force which a person uses, causing—or that a person knows, or should know, would create a substantial risk of causing—death or serious bodily harm...
" clause instructs police to treat people wanted under detention orders in the same way that an equivalent clause in the current law treats wanted suspects.

The clause in particular has raised the concern of some state premiers, the so-called "Shoot to kill" clause, where police may use lethal force if they perceive a threat to life. The clause was not put to the premiers in the original discussions between the States and Federal Governments.

John Howard has declared that the whole issue is a "misnomer, a furphy
Furphy
A furphy, also commonly spelled furfie, is Australian slang for a rumour, or an erroneous or improbable story.The word is derived from water carts made by a company established by John Furphy: J. Furphy & Sons of Shepparton, Victoria. Many Furphy water carts were used to take water to Australian...
, a diversion," but has suggested that changes to the clause are possible.

As a result of the Anti-Terrorism Act 2005, Division 103 of the Criminal Code makes it an offence to provide funds to a person who may use those funds to facilitate or engage in a terrorist act. These funds must be intentionally made available to another person (e.g., a donation or cash transfer). The definition of funds includes money and assets of any kind but does not include goods or services. The mental element for the crimes created under Division 103 is subjective recklessness. This means that the accused must know that there is a substantial risk of the funds being used for terrorism but still makes those funds available regardless of the risks involved in the matter.

The published version of the Anti-Terrorism Bill has attracted the criticism that it does not respect the separation of powers
Separation of powers
The separation of powers, often imprecisely used interchangeably with the trias politica principle, is a model for the governance of a state. The model was first developed in ancient Greece and came into widespread use by the Roman Republic as part of the unmodified Constitution of the Roman Republic...
and is thus unconstitutional. Prime Minister John Howard has declared, "Speaking for the Commonwealth, and based on the advice I have received from the Crown law authorities at a Commonwealth level, these laws are quite constitutional." John North, President of the Law Council of Australia, said "The power to make control orders is to be given to federal courts and is clearly non-judicial. Judicial power requires a fair procedure, including notice of the proceedings and disclosure of the basis upon which orders are sought and made. None of this occurs in relation to control orders." Similar concerns were raised by the Queensland and Western Australian Premiers and NSW Premier Morris Iemma.

The legislation, proposed and current: