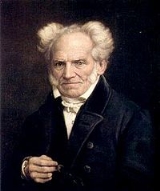 The old woman dies, the burden is lifted.

We forfeit three-fourths of ourselves in order to be like other people.

As quoted in Dictionary of Quotations from Ancient and Modern English and Foreign Sources (1899) by James Wood, p. 624

Compassion is the basis of all morality.

As quoted in Thesaurus of Epigrams : A New Classified Collection of Witty Remarks, Bon Mots and Toasts (1948)

Life is short and truth works far and lives long: let us speak the truth.