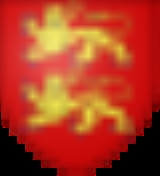 Encyclopedia
Ardouval is a commune
Communes of France
The commune is the lowest level of administrative division in the French Republic. French communes are roughly equivalent to incorporated municipalities or villages in the United States or Gemeinden in Germany...
in the Seine-Maritime
Seine-Maritime
Seine-Maritime is a French department in the Haute-Normandie region in northern France. It is situated on the northern coast of France, at the mouth of the Seine, and includes the cities of Rouen and Le Havre...
department in the Haute-Normandie
Haute-Normandie
Upper Normandy is one of the 27 regions of France. It was created in 1984 from two départements: Seine-Maritime and Eure, when Normandy was divided into Lower Normandy and Upper Normandy. This division continues to provoke controversy, and some continue to call for reuniting the two regions...
region
Régions of France
France is divided into 27 administrative regions , 22 of which are in Metropolitan France, and five of which are overseas. Corsica is a territorial collectivity , but is considered a region in mainstream usage, and is even shown as such on the INSEE website...
in northern France
France
The French Republic , The French Republic , The French Republic , (commonly known as France , is a unitary semi-presidential republic in Western Europe with several overseas territories and islands located on other continents and in the Indian, Pacific, and Atlantic oceans. Metropolitan France...
.

A small farming and forestry
Forestry
Forestry is the interdisciplinary profession embracing the science, art, and craft of creating, managing, using, and conserving forests and associated resources in a sustainable manner to meet desired goals, needs, and values for human benefit. Forestry is practiced in plantations and natural stands...
village in the Pays de Bray
Pays de Bray
The Pays de Bray is a small natural region of France situated to the north-east of Rouen, straddling the French départements of the Seine-Maritime and Oise...
, situated some 16 miles (25.7 km) southeast of Dieppe
Dieppe, Seine-Maritime
Dieppe is a commune in the Seine-Maritime department in France. In 1999, the population of the whole Dieppe urban area was 81,419.A port on the English Channel, famous for its scallops, and with a regular ferry service from the Gare Maritime to Newhaven in England, Dieppe also has a popular pebbled...
, at the junction of the D212 and D915 roads.