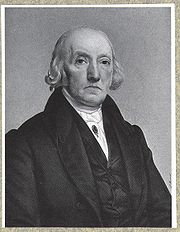 Bournonville was the son of the actors Louis-Amable Bournonville and Jeanne Evrard, born as the twin
Twin
A twin is one of two offspring produced in the same pregnancy. Twins can either be monozygotic , meaning that they develop from one zygote that splits and forms two embryos, or dizygotic because they develop from two separate eggs that are fertilized by two separate sperm.In contrast, a fetus...
of his brother Guillame. He became the student of Noverre in 1769, at the age of nine, and toured in Vienna
Vienna
Vienna is the capital and largest city of the Republic of Austria and one of the nine states of Austria. Vienna is Austria's primary city, with a population of about 1.723 million , and is by far the largest city in Austria, as well as its cultural, economic, and political centre...
, Paris
Paris
Paris is the capital and largest city in France, situated on the river Seine, in northern France, at the heart of the Île-de-France region...
and London
London
London is the capital city of :England and the :United Kingdom, the largest metropolitan area in the United Kingdom, and the largest urban zone in the European Union by most measures. Located on the River Thames, London has been a major settlement for two millennia, its history going back to its...
before he was employed in the Royal Swedish Ballet at the Royal Swedish Opera
Royal Swedish Opera
Kungliga Operan is Sweden's national stage for opera and ballet.-Location and Environment:...
in Stockholm
Stockholm
Stockholm is the capital and the largest city of Sweden and constitutes the most populated urban area in Scandinavia. Stockholm is the most populous city in Sweden, with a population of 851,155 in the municipality , 1.37 million in the urban area , and around 2.1 million in the metropolitan area...
with his sister Julie Alix de la Fay
Julie Alix de la Fay
Léonne-Julie Alix de la Fay, also known as Julianne Bournonville and Madame Alix , was a Belgian ballet dancer and dance pedagogue, who was to play an important part in the development of the Royal Swedish Ballet...
in 1782.

Bournonville was premier dancer and ballet instructor at the Royal Swedish Opera
Royal Swedish Opera
Kungliga Operan is Sweden's national stage for opera and ballet.-Location and Environment:...
in Stockholm until 1792. During his time in Sweden, he was described as beautiful as Apollo: "His appearance was that of a true Apollo. On top of that he had a form of virtuosity in all kinds of dance, which he used with the finest taste". King Gustav III of Sweden
Gustav III of Sweden
Gustav III was King of Sweden from 1771 until his death. He was the eldest son of King Adolph Frederick and Queen Louise Ulrica of Sweden, she a sister of Frederick the Great of Prussia....
was at one point so enthusiastic about his performance and beauty that he called out to him to untie the ribbon of his hair so that he could see his loose hair fly during his pirouette.

His favourite student and dancing partner in Sweden was Charlotte Slottsberg
Charlotte Slottsberg
Charlotte Slottsberg , was a Swedish ballerina-dancer, one of the first native dancers in the Royal Swedish Ballet at the Royal Swedish Opera and one of the most successful ones...
, with whom he made a successful pair in the ballets. It was Antoine Bournonville himself who asked to have her as his partner, after he recognized her talent as an artist and, in 1784, by his own initiative gave her a part in Les Meunieres Provencaux, which is considered to have been the starting point of Slottberg's true maturity as an artist. Charlotte Slottsberg was said to have been infatuated by his beauty, which at one occasion made her lover, Prince Charles
Charles XIII of Sweden
Charles XIII & II also Carl, , was King of Sweden from 1809 and King of Norway from 1814 until his death...
to scream at Bournonville in his jealousy.

He was also active as an actor, a singer and a choreographer. During his stay in Sweden he wrote the ballets Les Meuniers provençaux (1785) and Les Pêcheurs (1789).

He left Sweden in 1792 after the assassination of king Gustav III of Sweden
Gustav III of Sweden
Gustav III was King of Sweden from 1771 until his death. He was the eldest son of King Adolph Frederick and Queen Louise Ulrica of Sweden, she a sister of Frederick the Great of Prussia....
and was employed at the Royal Danish Ballet in Copenhagen
Copenhagen
Copenhagen is the capital and largest city of Denmark, with an urban population of 1,199,224 and a metropolitan population of 1,930,260 . With the completion of the transnational Øresund Bridge in 2000, Copenhagen has become the centre of the increasingly integrating Øresund Region...
in Denmark after a guest performance there. His favourite dance partner in Denmark was Marie Christine Björn
Marie Christine Björn
Marie Christine Björn , was a Danish ballerina and actor. She was one of the greatest stars within Danish ballet....
. In 1816-1823, he was the ballet master of the Royal Danish Ballet.