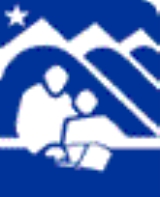 
The Anchorage School District (ASD) manages all public schools within the Municipality of Anchorage in the U.S. state
U.S. state
A U.S. state is any one of the 50 federated states of the United States of America that share sovereignty with the federal government. Because of this shared sovereignty, an American is a citizen both of the federal entity and of his or her state of domicile. Four states use the official title of...
of Alaska
Alaska
Alaska is the largest state in the United States by area. It is situated in the northwest extremity of the North American continent, with Canada to the east, the Arctic Ocean to the north, and the Pacific Ocean to the west and south, with Russia further west across the Bering Strait...
. It is the 93rd largest school district
School district
School districts are a form of special-purpose district which serves to operate the local public primary and secondary schools.-United States:...
in the United States, serving nearly 50,000 students at over 90 schools. As one of the United States' largest districts, it is often subject to great amounts of standardized testing. As of 2010 the district superintendent
Superintendent (education)
In education in the United States, a superintendent is an individual who has executive oversight and administration rights, usually within an educational entity or organization....
is Carol Comeau, appointed in December 2000.

In the 2009-10 school year, the Anchorage School District enrolled approximately 49,420 students; of which 35.6% were economically disadvantaged. In terms of race and ethnicity, the Anchorage School District is considered a minority-majority district, meaning the minority groups make up the majority of the district's population. Non-white students make up roughly 52 percent of the school district's student body.

The district served approximately 8,600 students with special needs who were eligible for special education services in 2008-09. Also that year, the district's English Language Learner program for students with limited English Proficiency served 5,808 students and the Gifted program assisted 3,563 students.

In 2009-10, ASD had 48 teachers certified by the National Board for Professional Teaching Standards. National board certification is voluntary and involves a rigorous performance-based assessment that takes one to three years for a successful candidate to achieve. The certification complements, but does not replace, a state’s teacher certificate. It is valid for 10 years and establishes the teacher as “highly qualified” and a “master” teacher in the eyes of the district and state.

In 2009-10, 99 percent of new teachers were highly qualified. The remaining 1 percent were unable to prove their HQT status and were terminated. As of the May 1, 2010 the state HQT reports 95.4 percent of ASD teachers had an HQT designation in the content area they were teaching. To put this into perspective almost six years after the State adopted regulations mandating that urban District's limit instruction in core classes to HQ teachers, ASD is still out of compliance, while HQ requirements can be via Praxis examinations.

The district also has approximately 225 certificated employees such as counselors, psychologists, speech p

The district releases test scores each fall in a comprehensive report called Profile of Performance. See Expect the Best is a condensed version of that 2,000 page document: it is put forward as an annual report to the community.

Of course, AYP proficiency in Alaska, is not equivalent to NAEP proficiency. In 2009, only some 27% of students in Alaska were proficient in Reading. For some reason, though Anchorage's population exceeded 250,000 NAEP did not include Anchorage in its review of Urban Districts.


Other specialized schools and programs