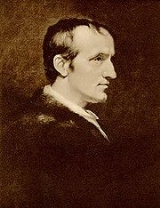 Overview
Anarchism is generally defined as the political philosophy
Political philosophy
Political philosophy is the study of such topics as liberty, justice, property, rights, law, and the enforcement of a legal code by authority: what they are, why they are needed, what, if anything, makes a government legitimate, what rights and freedoms it should protect and why, what form it...
which holds the state
State (polity)
A state is an organized political community, living under a government. States may be sovereign and may enjoy a monopoly on the legal initiation of force and are not dependent on, or subject to any other power or state. Many states are federated states which participate in a federal union...
to be undesirable, unnecessary, and harmful, or alternatively as opposing authority
Authority
The word Authority is derived mainly from the Latin word auctoritas, meaning invention, advice, opinion, influence, or command. In English, the word 'authority' can be used to mean power given by the state or by academic knowledge of an area .-Authority in Philosophy:In...
in the conduct of human relations. Proponents of anarchism (known as "anarchists") advocate stateless societies
Stateless society
A stateless society is a society that is not governed by a state. In stateless societies, there is little concentration of authority; most positions of authority that do exist are very limited in power and are generally not permanently held positions; and social bodies that resolve disputes through...
based on non-hierarchical
Hierarchy
A hierarchy is an arrangement of items in which the items are represented as being "above," "below," or "at the same level as" one another...
voluntary association
Voluntary association
A voluntary association or union is a group of individuals who enter into an agreement as volunteers to form a body to accomplish a purpose.Strictly speaking, in many jurisdictions no formalities are necessary to start an association...
s.

There are many types and traditions of anarchism, not all of which are mutually exclusive. Anarchist schools of thought
Anarchist schools of thought
Anarchism is generally defined as the political philosophy which holds the state to be undesirable, unnecessary, and harmful, or alternatively as opposing authority in the conduct of human relations...
can differ fundamentally, supporting anything from extreme individualism to complete collectivism.

"doctrine rejecting government: an ideology that rejects the need for a system of government in society and proposes its abolition"

[From Greek anarchos: lacking a leader.] "Anarchism is inspired by the moral-political ideal of a society untouched by relations of power and domination among human beings. This ideal has most often expressed itself in a doctrine advocating the total absence of government as the only firm basis for individual liberty and societal progress..." The Oxford Dictionary of Sociology, 2nd edition (edited by Gordon Marshall):