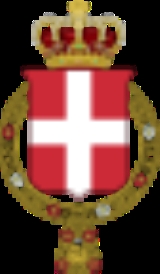 The legitimate heir of Thomas I of Savoy
Thomas I of Savoy
Thomas I or Tommaso I was Count of Savoy from 1189-1233. He was the son of Humbert III of Savoy and Beatrice of Viennois. His birth was seen as miraculous; his monkish father had despaired of having a male heir after three wives. Count Humbert sought counsel from St...
and Margaret of Geneva, he had however to fight with his brothers for the inheritance of Savoy lands after their father's death. His brothers Pietro and Aimone spurred a revolt in Aosta Valley against Amadeus, but he was able to crush it with the help of Manfred III of Saluzzo
Manfred III of Saluzzo
Manfred III was the third marquess of Saluzzo, from 1215 to his death. He was the son of Boniface of Saluzzo and Maria di Torres of Sassari . Since his father died in 1212, he succeeded his grandfather Manfred II as marquess on the latter's death in 1215. His paternal grandmother Azalaïs or...
and Boniface II of Montferrat, who were his sons-in-law. Together with his brother Thomas, he fought against the communes of Turin
Turin
Turin is a city and major business and cultural centre in northern Italy, capital of the Piedmont region, located mainly on the left bank of the Po River and surrounded by the Alpine arch. The population of the city proper is 909,193 while the population of the urban area is estimated by Eurostat...
and Pinerolo
Pinerolo
Pinerolo is a town and comune in north-western Italy, 40 kilometres southwest of Turin on the river Chisone.-History:In the Middle Ages, the town of Pinerolo was one of the main crossroads in Italy, and was therefore one of the principal fortresses of the dukes of Savoy. Its military importance...
, but with uncertain results.

He was succeeded by his young son Boniface, who died soon.