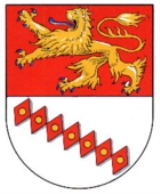 Ahlten is a village in northern Germany
Germany
Germany , officially the Federal Republic of Germany , is a federal parliamentary republic in Europe. The country consists of 16 states while the capital and largest city is Berlin. Germany covers an area of 357,021 km2 and has a largely temperate seasonal climate...
with a population of around 5400. It belongs to the administrative district of the city of Lehrte
Lehrte
Lehrte is a town in the district of Hanover, in Lower Saxony, Germany. It is situated approximately 17 km east of Hanover. Lehrte is a picturesque town with a population of 45,000 and a modern infrastructure, combined with local culture and an interesting history.-History:The first documented...
, five kilometres east. Both towns are part of the multitown region "Region Hanover
Hanover (district)
Hanover Region is a district in Lower Saxony, Germany. It is bounded by the districts of Heidekreis, Celle, Gifhorn, Peine, Hildesheim, Hamelin-Pyrmont, Schaumburg and Nienburg....
" with its own administration.

Ahlten is 10 km east of the City of Hannover which is the capital town of the federal state "Niedersachsen" (Lower Saxony).

Ahlten is since the 1920s the site of a large substation. From this substation in 1944 an experimental HVDC power line to Misburg was built Lehrte-Misburg HVDC
Lehrte-Misburg HVDC
HVDC Lehrte–Misburg was an experimental high-voltage direct current transmission line of PREAG between Hannover-Misburg and Lehrte-Ahlten substation. It went into service in 1944 and was capable of the transmission of 16 MW at a voltage of 80 kV...
).