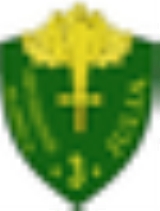 Encyclopedia
The 3rd Alpine Division Julia was a World War II
World War II
World War II, or the Second World War , was a global conflict lasting from 1939 to 1945, involving most of the world's nations—including all of the great powers—eventually forming two opposing military alliances: the Allies and the Axis...
light Infantry
Light infantry
Traditionally light infantry were soldiers whose job was to provide a skirmishing screen ahead of the main body of infantry, harassing and delaying the enemy advance. Light infantry was distinct from medium, heavy or line infantry. Heavy infantry were dedicated primarily to fighting in tight...
division
Division (military)
A division is a large military unit or formation usually consisting of between 10,000 and 20,000 soldiers. In most armies, a division is composed of several regiments or brigades, and in turn several divisions typically make up a corps...
of the Italian Army, specializing in Mountain Combat
Mountain warfare
Mountain warfare refers to warfare in the mountains or similarly rough terrain. This type of warfare is also called Alpine warfare, named after the Alps mountains...
. The Alpini
Alpini
The Alpini, , are the elite mountain warfare soldiers of the Italian Army. They are currently organized in two operational brigades, which are subordinated to the Alpini Corps Command. The singular is Alpino ....
that formed the divisions are a highly decorated and elite mountain corps of the Italian Army
Italian Army
The Italian Army is the ground defence force of the Italian Armed Forces. It is all-volunteer force of active-duty personnel, numbering 108,355 in 2010. Its best-known combat vehicles are the Dardo infantry fighting vehicle, the Centauro tank destroyer and the Ariete tank, and among its aircraft...
comprising both infantry and artillery units. Today the traditions and name of the 3rd Alpine Division Julia are carried on by the Alpine Brigade Julia
Alpine Brigade Julia
The Alpini Brigade Julia is a light Infantry brigade of the Italian Army, specializing in Mountain Combat. Its core units are the Alpini, the mountain infantry corps of the Italian Army, that distinguished itself in combat during World War I and World War II....
.

The division participated in the Greco-Italian War
Greco-Italian War
The Greco-Italian War was a conflict between Italy and Greece which lasted from 28 October 1940 to 23 April 1941. It marked the beginning of the Balkans Campaign of World War II...
, where it suffered heavy casualties in the Battle of Pindus
Battle of Pindus
The Battle of Pindus took place in the Pindus Mountains in Epirus and West Macedonia, Greece, in the autumn of 1940, between October 28 – November 13. The battle was fought between the Greek and the Italian armies during the first stages of the Greco-Italian War...
. The division was reformed and participated in the Axis invasion
Operation Barbarossa
Operation Barbarossa was the code name for Germany's invasion of the Soviet Union during World War II that began on 22 June 1941. Over 4.5 million troops of the Axis powers invaded the USSR along a front., the largest invasion in the history of warfare...
of the Soviet Union
Soviet Union
The Soviet Union , officially the Union of Soviet Socialist Republics , was a constitutionally socialist state that existed in Eurasia between 1922 and 1991....
, but it continued to fight in Operation Little Saturn.