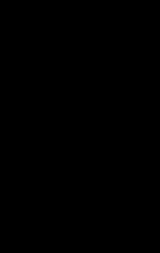 Encyclopedia
37 Fides is a large main-belt asteroid
Asteroid
Asteroids are a class of small Solar System bodies in orbit around the Sun. They have also been called planetoids, especially the larger ones...
.

It was discovered by R. Luther
Karl Theodor Robert Luther
Karl Theodor Robert Luther , normally published as Robert Luther, was a German astronomer who searched for asteroids while working in Düsseldorf....
on October 5, 1855, and named after Fides, the Roman
Roman mythology
Roman mythology is the body of traditional stories pertaining to ancient Rome's legendary origins and religious system, as represented in the literature and visual arts of the Romans...
goddess of loyalty
Loyalty
Loyalty is faithfulness or a devotion to a person, country, group, or cause There are many aspects to...
.
The source of this article is wikipedia, the free encyclopedia.  The text of this article is licensed under the GFDL.