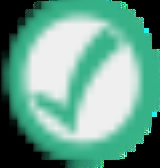 Mobiline had a better quotient on their games among Shell and Barangay Ginebra hence they were awarded with the #7 seed.

Note: The Purefoods-Sta. Lucia matchup was extended into another game with the Realtors winning the first game, invoking Purefoods' twice-to-beat advantage.


The day after Tanduay swept the series 3–0, the Bureau of Immigration and Deportation (BID) revoked Sonny Alvarado's Filipino citizenship as it uncovered that the player used fraudulent papers; consequently, the BID ordered Alvarado's deportation. This caused PBA commissioner Jun Bernardino
Jun Bernardino
Emilio "Jun" Bernardino, Jr. was the fifth commissioner of the Philippine Basketball Association . He was elected as commissioner of the league in the 1993 PBA season and retired in the 2002 PBA season...
to forfeit two of Tanduay's semifinal wins (Games 2 and 3) since Alvarado played on those games (he didn't play on the first game). The league earlier forfeited Batang Red Bull's wins when 18 year old Kerby Raymundo
Kerby Raymundo
Kerby Mariano Raymundo is a Filipino professional basketball player currently playing for the B-Meg Llamados in the Philippine Basketball Association...
was found to have deficient academic credentials. With the forfeitures, the series would have resumed on Game 4 with Purefoods leading the series 2–1; however, Tanduay secured a temporary restraining order (TRO) that prevented the league from staging Game 4 of their series. The league suspended the Game 4 on the May 24 playdate, the first time a game has been suspended for a cause other than a typhoon, an earthquake, or a bomb threat.

PBA legal counsel Butch Cleofe warned that Tanduay faced suspension from the league, a hefty fine and even expulsion when it fails to show up on the May 26 playdate. A P
Philippine peso
The peso is the currency of the Philippines. It is subdivided into 100 centavos . Before 1967, the language used on the banknotes and coins was English and so "peso" was the name used...
500,000 fine faced the franchise plus other penalties the commissioner may impose. Prior to the game, Tanduay was able to secure an extension of the TRO hence Game 4 was suspended for a second time; this has been the first time a PBA game has been suspended via a court order. The league has already lost P600,000 on gate receipts and Viva TV
PBA on Viva TV
The PBA on Viva TV was a presentation of Philippine Basketball Association games on Intercontinental Broadcasting Corporation by VIVA Entertainment after the company absorbed Vintage Sports.-History:...
lost about P2 million in TV commercials. The league rejected Tanduay's offer of resetting the series with them leading 1–0, with the games that Alvarado played declared as "no contests"; the league insisted that the Rhum Masters play Game 4 with them trailing 1–2. On May 30, Tanduay relented and agreed to play Game 4 with them trailing 1–2. Bernardino would deal with Tanduay's actions "accordingly with due process". To prevent such events from happening again, the PBA Board has decided that Filipino-Americans would have to secure clearances from the BID and the Department of Justice
Department of Justice (Philippines)
The Department of Justice , abbreviated as DOJ, is the executive department of the Philippine government responsible for upholding the rule of law in the Philippines...
(DOJ; previously, only a BID clearance was sufficient).

When Game 4 was finally played, the game went into overtime; Purefoods' Boyet Fernandez
Boyet Fernandez
Teodorico "Boyet" Fernandez III is a retired Filipino professional basketball player. He was the last head coach of the Sta. Lucia Realtors before the team disbanded in 2010. He is currently an assistance coach of the Meralco Bolts....
coverted a three point field goal with 0.2 of a second remaining to seal Purefoods' unlikely Finals qualification against 1990s rival Alaska.