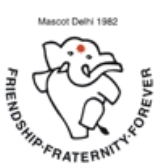 The 9th Asian Games
Asian Games
The Asian Games, officially known as Asiad, is a multi-sport event held every four years among athletes from all over Asia. The Games were regulated by the Asian Games Federation from the first Games in New Delhi, India, until the 1978 Games. Since the 1982 Games they have been organised by the...
were held from November 19, 1982 to December 4, 1982 in Delhi
Delhi
Delhi , officially National Capital Territory of Delhi , is the largest metropolis by area and the second-largest by population in India, next to Mumbai. It is the eighth largest metropolis in the world by population with 16,753,265 inhabitants in the Territory at the 2011 Census...
, India
India
India , officially the Republic of India , is a country in South Asia. It is the seventh-largest country by geographical area, the second-most populous country with over 1.2 billion people, and the most populous democracy in the world...
.An incredible 74 Asian and Asian Games records were broken. This was also the first Asiad to be held under the aegis of the Olympic Council of Asia.

The top ten ranked NOCs at these Games are listed below.