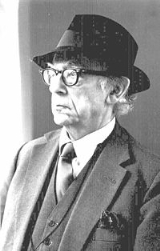 Quotations
Sir Isaiah Berlin was a political philosopher and historian of ideas, regarded as one of the leading liberal thinkers of the 20th century.


Political Ideas in the Twentieth Century (1950)

The Hedgehog and the Fox