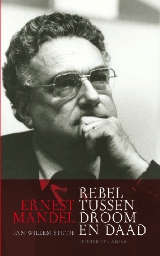 Quotations
Ernest Mandel Trotskyist and leading member of the Fourth International, author of many works of social criticism and economic theory, a study of detective fiction, and magisterial introductions to the three volumes of Marx's Capital.

From the Introduction to Capital vol. 1: