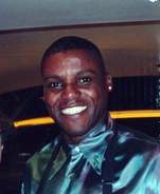 Quotations
Frederick Carlton "Carl" Lewis (born July 1, 1961) is a retired American track and field athlete who won 10 Olympic medals including 9 golds, and 10 World Championships medals, of which 8 were golds, in a career that spanned from 1979 when he first achieved a world ranking to 1996 when he last won an Olympic title and subsequently retired.