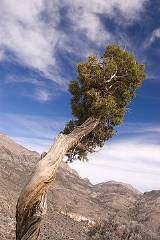 helnmor
What type of juniper has 3 seeds?
what type is best for diabetes?
Save
Cancel
Reply
replied to:  helnmor

Replied to:  What type of juniper has 3 seeds? what type is best...
Hello,
The Juniper Berry mentioned in an article is Juniperus monosperma.

Read, "THE CURE FOR DIABETES" Famed healer, author John Christopher wrote of his CEDAR BERRY CURE FOR DIABETES ,"instead of using insulin from the pharmacy, lets use natural herbs such as juniper berries, golden seal root, devil’s claw bark, licorice, etc., etc.” We are still using a crutch to assist the effect, as these are supplying some natural insulin, but they still do not work on the cause, i.e., a lazy inactive pancreas and its associating and participating glands (pineal, pituitary, adrenal, etc.).

I had been concerned for years about how to get to the cause, in this condition, and get the pancreas, and other assisting glands, to become healthy and again make its own insulin and control the high or low blood sugar on its own, or as was originally intended.

The breakthrough came a number of years ago by accident (divine providence, I believe). A patient came to me with the problem of “having trouble in voiding his urine.” This was years ago when I would mix my formulas, as needed, in my own herb laboratory. As I was in a hurry that day and did not have time to mix up a regular diuretic formula for him, I told him to use some juniper berries, and, if they were fresh to chew them, or make them into a tea. His response was that he had some growing in his own backyard and would use them.

Weeks later he returned and said the juniper berries were not giving him much help in voiding his urine. Knowing how efficient they really were in doing this, I asked him to let me see the juniper berries he was using. He took some from his pocket (as he carried them around, chewing on them during each day) and showed them to me. I laughed and said those are not what I meant. The true juniper berry I had recommended to him would have five or seven small stones in each berry, but the ones he had been using had only one. It was actually of the juniper family but was a “Utah monostone” cedar berry (Juniperus monosperma, seen below). It grows in the West such as in Arizona, Nevada, Utah, Texas, and in the national cedar forests but entirely different from our regular juniper berry (Juniperus communis; Pinaceae ). There are 57 varieties of juniper! SEE http://www.absoluteastronomy.com/topics/Juniper

When I told him about the “mistake”, I gave him some juniper berries which eventually worked and did the job. I was astounded about his reply because after thanking me, he stated he would continue using the cedar berries anyhow. When I asked him why, he said, “Well, since using what you call cedar berries, I have been able to cut down on my insulin as I am a diabetic.” I wasn’t sure I heard him right (after looking for something like this for years!) and I asked him to repeat what he had said. Upon his verification of what I hoped he had said, I was very excited and asked him to increase the amount he was using and keep in touch. He did so, and in a few months his pancreas, which had found the right food (cedar berries), was healed and producing its own insulin. I then tried it on a number of my patients, who were diabetic, with great results! One of them was a lady using about eighty-five units of insulin a day. She was put on the mucusless diet, given the lower bowel formula, and told to use at least six cedar berries three or more times a day.

She was instructed to continue on using her insulin but to watch the litmus paper carefully and taper her insulin intake gradually as the litmus paper would act as a gauge. So she had gradually tapered off her insulin and by the end of the year was not using any more. Her own body (pancreas) was supplying it as she required its use. She had no reoccurrence, but of course she stayed on the mucusless diet, because a faulty diet is the cause of pancreas malfunction. We have had remarkable success over the years with diabetes, using this system. One day a middle-aged man and his sister came in to see me. They were from a family with a “weak pancreas background.” He had advanced low-blood-sugar (hypoglycemia) and she had high blood sugar (diabetes).

They were both put on the same program and within six months his blood sugar, because of having a “healed” pancreas (a malfunctioning one is the cause) was adjusted and he went to his family physician, had a glucose tolerance test and passed with a clean bill of health. His sister within the year had dropped from around ninety units of insulin a day to none. Both were on the same program-using the herbs to rebuild the faulty pancreas (the cause) instead of working only on the effect (disease) (using a crutch such as insulin).

There are many kinds of cedar, too. See: http://www.noble.org/Ag/TeamContribution/NF1/potm/EasternRedCedar.html