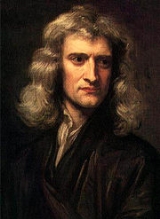 From masse, messe, mæsse. missa, from mittere, missum, to send, dismiss: compare messe.
In the ancient churches, the public services at which the catechumens were permitted to be present were called missa catechumenorum, ending with the reading of the Gospel. Then they were dismissed with these words: "Ite, missa est", the congregation is dismissed. After that the sacrifice proper began. At its close the same words were said to those who remained. So the word gave the name of Mass to the sacrifice in the Catholic Church. Compare Christmas, Lammas, Mess a dish, Missal