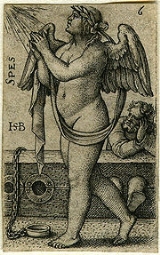 (7)   Intend with some possibility of fulfilment
"I hope to have finished this work by tomorrow evening"
(8)   Be optimistic; be full of hope; have hopes
"I am still hoping that all will turn out well"
(9)   Expect and wish
"I trust you will behave better from now on"
"I hope she understands that she cannot expect a raise"