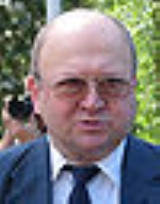 Encyclopedia
Vladimír Remek is the first Czechoslovak
Czechoslovakia
Czechoslovakia or Czecho-Slovakia was a sovereign state in Central Europe which existed from October 1918, when it declared its independence from the Austro-Hungarian Empire, until 1992...
in space and the first cosmonaut from a country other than the Soviet Union
Soviet space program
The Soviet space program is the rocketry and space exploration programs conducted by the former Union of Soviet Socialist Republics from the 1930s until its dissolution in 1991...
or the United States
NASA
The National Aeronautics and Space Administration is the agency of the United States government that is responsible for the nation's civilian space program and for aeronautics and aerospace research...
. As of 2004, with the entry of the Czech Republic
Czech Republic
The Czech Republic is a landlocked country in Central Europe. The country is bordered by Poland to the northeast, Slovakia to the east, Austria to the south, and Germany to the west and northwest....
into the European Union
European Union
The European Union is an economic and political union of 27 independent member states which are located primarily in Europe. The EU traces its origins from the European Coal and Steel Community and the European Economic Community , formed by six countries in 1958...
Vladimír Remek is considered to be the first astronaut from the EU. He flew aboard Soyuz 28
Soyuz 28
-Backup crew:-Mission parameters:*Mass: *Perigee: *Apogee: *Inclination: 51.65°*Period: 88.95 minutes-Mission highlights:...
from March 2nd to March 10th 1978, for seven days, 22 hours, and 17 minutes. In 2004 he was elected into the European Parliament
European Parliament
The European Parliament is the directly elected parliamentary institution of the European Union . Together with the Council of the European Union and the Commission, it exercises the legislative function of the EU and it has been described as one of the most powerful legislatures in the world...
.

Vladimír Remek was born in České Budějovice
Ceské Budejovice
České Budějovice is a city in the Czech Republic. It is the largest city in the South Bohemian Region and is the political and commercial capital of the region and centre of the Roman Catholic Diocese of České Budějovice and of the University of South Bohemia and the Academy of Sciences...
to Czech mother and Slovak father. His father, Jozef Remek, was Lieutenant General
Lieutenant General
Lieutenant General is a military rank used in many countries. The rank traces its origins to the Middle Ages where the title of Lieutenant General was held by the second in command on the battlefield, who was normally subordinate to a Captain General....
of the Czechoslovak army (1973-75 deputy of the Minister of Defense responsible for air force and air defense, 1976-89 commander of the air force). In 1970 Vladimír Remek became military pilot. In 1976 he finished a military air force academy.

In 1990 he became director of the Military Museum for Aviation and Astronautics in Prague
Prague
Prague is the capital and largest city of the Czech Republic. Situated in the north-west of the country on the Vltava river, the city is home to about 1.3 million people, while its metropolitan area is estimated to have a population of over 2.3 million...
, since 1995 he worked as a sales representative for the company ČZ
Ceská Zbrojovka Strakonice
Česká zbrojovka is a Czech firearms manufacturer also known for making ČZ motorcycles. ČZ was established as a branch of the Škoda Works Armament in Strakonice, Czechoslovakia in September 1919.-History:...
in Moscow
Moscow
Moscow is the capital, the most populous city, and the most populous federal subject of Russia. The city is a major political, economic, cultural, scientific, religious, financial, educational, and transportation centre of Russia and the continent...
, since 2002 he served at the Czech embassy in Russia
Russia
Russia or , officially known as both Russia and the Russian Federation , is a country in northern Eurasia. It is a federal semi-presidential republic, comprising 83 federal subjects...
.