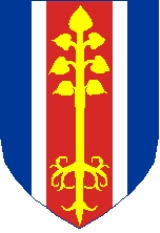 Encyclopedia
Vigdís Finnbogadóttir ˈvɪɣtis ˈfɪn.pɔɣaˌtoʊhtɪr (born 15 April 1930) is an Iceland
Iceland
Iceland , described as the Republic of Iceland, is a Nordic and European island country in the North Atlantic Ocean, on the Mid-Atlantic Ridge. Iceland also refers to the main island of the country, which contains almost all the population and almost all the land area. The country has a population...
ic politician who served as the fourth President of Iceland
President of Iceland
The President of Iceland is Iceland's elected head of state. The president is elected to a four-year term by universal adult suffrage and has limited powers. The president is not the head of government; the Prime Minister of Iceland is the head of government. There have been five presidents since...
from 1980 to 1996. In addition to being both Iceland's and Europe's first female president, she was the world's first democratically elected female head of state. With a presidency of exactly sixteen years, she also remains the longest-serving, elected, female head of state of any country to date. Currently, she is a UNESCO Goodwill Ambassador
UNESCO Goodwill Ambassador
UNESCO Goodwill Ambassadors are celebrity advocates of UNESCO who use their talent or fame to spread the UNESCO ideals, especially attracting media attention...
, and a Member of the Club of Madrid
Club of Madrid
The Club de Madrid is an independent non-profit organization created to promote democracy and change in the international community. Composed of 80 former Presidents and Prime Ministers from 56 countries, the Club de Madrid is the world’s largest forum of former Heads of State and Government.Among...
. 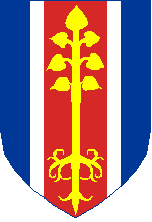 She participated in the 1960s and 1970s in numerous rallies held to protest the U.S. military presence in Iceland (and in particular at Keflavík
Keflavík International Airport
-Cargo airlines:-Ground transport:Transport between the airport and Reykjavik city is by road only. The distance is 50 km. A new fast freeway was opened 2008. The buses have a timetable adapted to the flight schedule. They go to and from the Reykjavik bus terminal, taking around 45 minutes...
). Every year hundreds—sometimes thousands—walked the 50-km road to Keflavík and chanted "Ísland úr NATO, herinn burt" (literally: Iceland out of NATO, the military away).

Vigdís Finnbogadóttir worked with the Reykjavík Theatre Company 1954–57 and again 1961–64. During the summers she also worked as a tour guide. Vigdís taught French at Menntaskólinn í Reykjavík
Menntaskólinn í Reykjavík
Menntaskólinn í Reykjavík is the oldest gymnasium in Reykjavík, Iceland....
1962–67 and at Menntaskólinn við Hamrahlíð
Menntaskólinn við Hamrahlíð
Hamrahlid College or MH is a gymnasium in Reykjavík, Iceland. The school was founded in 1966 by the Icelandic Ministry of Education; the first graduating class occurred in 1970. The school was based on the traditional class system from 1966 to 1973, when a points-based system was adopted, which...
1967–72. She also taught for a while at University of Iceland
University of Iceland
The University of Iceland is a public research university in Reykjavík, Iceland, and the country's oldest and largest institution of higher education. Founded in 1911, it has grown steadily from a small civil servants' school to a modern comprehensive university, providing instruction for about...
, as well as holding French courses on RÚV
RÚV
Ríkisútvarpið is Iceland's national public-service broadcasting organization.Operating from studios in the country's capital, Reykjavík, as well as regional centres around the country, the service broadcasts a variety of general programming to a wide audience across the whole country via radio...
, the Icelandic state television.

She was the Artistic Director of the Reykjavík Theatre Company (Leikfélag Reykjavíkur), later the City Theatre 1972–80. From 1976 to 1980 she was a member of the Advisory Committee on Cultural Affairs in the Nordic countries
Nordic countries
The Nordic countries make up a region in Northern Europe and the North Atlantic which consists of Denmark, Finland, Iceland, Norway and Sweden and their associated territories, the Faroe Islands, Greenland and Åland...
.

In 1996 she became founding chair of the Council of Women World Leaders
Council of Women World Leaders
The Council of Women World Leaders is a network of current and former women prime ministers and presidents established in 1996 by Vigdís Finnbogadóttir, President of Iceland and first woman in the world to be democratically elected president, and Laura Liswood, Secretary General...
at the John F. Kennedy School of Government
John F. Kennedy School of Government
The John F. Kennedy School of Government at Harvard University is a public policy and public administration school, and one of Harvard's graduate and professional schools...
at Harvard University
Harvard University
Harvard University is a private Ivy League university located in Cambridge, Massachusetts, United States, established in 1636 by the Massachusetts legislature. Harvard is the oldest institution of higher learning in the United States and the first corporation chartered in the country...
. Two years later she was appointed president of the United Nations Educational, Scientific and Cultural Organization World Commission on the Ethics of Scientific Knowledge and Technology.

In 1980 she was the first woman in the world to be elected the head of state in a democratic election, despite being a divorced single mother (she adopted a daughter in 1972). Vigdís had been drafted as a candidate for the presidency of Iceland; she was narrowly elected, with 33.6 percent of the national vote, over three male opponents. She was subsequently reelected three times, unopposed 1984 and 1992, but with about 95% of the votes cast in 1988. She retired in 1996. Although the Icelandic presidency is largely a ceremonial position, she took an active role as a cultural ambassador in promoting the country and enjoyed great popularity.

In 1993 the work Mitt Folk commissioned by the British government by Oliver Kentish
Oliver Kentish
Oliver John Kentish is a British-born cellist, tutor, and composer, living in Reykjavik, Iceland, moving there in 1977 and being granted Icelandic nationality in 1989...
was dedicated to her as a gift from Britain to Iceland celebrating the 50th anniversary of the republic.

She has received honorary degrees from the following Universities:
Vigdís is also a member of the Club of Madrid
Club of Madrid
The Club de Madrid is an independent non-profit organization created to promote democracy and change in the international community. Composed of 80 former Presidents and Prime Ministers from 56 countries, the Club de Madrid is the world’s largest forum of former Heads of State and Government.Among...
, an independent non-profit organization composed of 81 democratic former Presidents and Prime Ministers from 57 different countries.