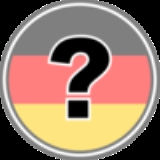 Encyclopedia
Union Böckingen is a German
Germany
Germany , officially the Federal Republic of Germany , is a federal parliamentary republic in Europe. The country consists of 16 states while the capital and largest city is Berlin. Germany covers an area of 357,021 km2 and has a largely temperate seasonal climate...
sports club
Sports club
A sports club or sport club, sometimes athletics club or sports association is a club for the purpose of playing one or more sports...
from the district of Böckingen in the city of Heilbronn
Heilbronn
Heilbronn is a city in northern Baden-Württemberg, Germany. It is completely surrounded by Heilbronn County and with approximately 123.000 residents, it is the sixth-largest city in the state....
, Baden-Württemberg
Baden-Württemberg
Baden-Württemberg is one of the 16 states of Germany. Baden-Württemberg is in the southwestern part of the country to the east of the Upper Rhine, and is the third largest in both area and population of Germany's sixteen states, with an area of and 10.7 million inhabitants...
. Founded in 1908 out of the merger of Fussball Klub Germania 08 Böcking and Viktoria Böcking, the club today has 1,200 members in departments for football
Football (soccer)
Association football, more commonly known as football or soccer, is a sport played between two teams of eleven players with a spherical ball...
, canoeing
Canoeing
Canoeing is an outdoor activity that involves a special kind of canoe.Open canoes may be 'poled' , sailed, 'lined and tracked' or even 'gunnel-bobbed'....
, handball
Team handball
Handball is a team sport in which two teams of seven players each pass a ball to throw it into the goal of the other team...
, and skiing
Skiing
Skiing is a recreational activity using skis as equipment for traveling over snow. Skis are used in conjunction with boots that connect to the ski with use of a binding....
. The footballers make up the largest section in the club with nearly 600 members. The most successful department is the canoe section which has won medals at the national and world championships.

After having played in the tier-one Kreisliga Württemberg
Kreisliga Württemberg
The Kreisliga Württemberg was the highest association football league in the German state of Württemberg from 1919 to 1923...
(1920-22) and then the Bezirksliga Württemberg-Baden
Bezirksliga Württemberg-Baden
The Bezirksliga Württemberg-Baden was the highest association football league in the German states of Württemberg and Baden and the Prussian Province of Hohenzollern from 1923 to 1933. The league was disbanded with the rise of the Nazis to power in 1933....
(since 1926) and winning the title there in 1931, Unions most significant football achievement was their 1933 championship in the Gauliga Württemberg
Gauliga Württemberg
The Gauliga Württemberg was the highest football league in the German state of Württemberg and the Prussian province of Hohenzollern from 1933 to 1945...
, one of 16 top-flight divisions formed that year in the reorganization of German football under the Third Reich. That title put the team into the opening round of the national finals in a qualifying group that included SV Waldhof Mannheim
SV Waldhof Mannheim
SV Waldhof Mannheim is a German association football club, located in Mannheim, Baden-Württemberg. The club today has a membership of over 2,400.-History:...
, Mühlheimer SV
Viktoria Köln
FC Viktoria Köln 1904 is a German association football club from the city of Cologne in North Rhine-Westphalia.- History :Founded in 1904 as FC Germania Kalk it is one of the oldest football clubs in the city. In 1909 Germania merged with FC Kalk to form SV Kalk 04 and in 1911 this club was, in...
, and Kickers Offenbach
Kickers Offenbach
Kickers Offenbach is a German association football club in Offenbach am Main, Hesse. The club was founded on 27 May 1901 in the Rheinischer Hof restaurant by footballers who had left established local clubs including Melitia, Teutonia, Viktoria, Germania and Neptun...
where they won only two of six matches. The next year the Böckingen side crashed to a ninth place finish and were relegated. They immediately bounced back and earned a string of upper table finishes before again being sent down for a single season in 1941-42. After two more seasons in the Gauliga the team withdrew from competition in November 1944 as World War II
World War II
World War II, or the Second World War , was a global conflict lasting from 1939 to 1945, involving most of the world's nations—including all of the great powers—eventually forming two opposing military alliances: the Allies and the Axis...
overtook the country. In 1938, Böckingen took part in the opening round of the Tschammerpokal, predecessor of today's German Cup
DFB-Pokal
The DFB-Pokal or DFB Cup is a German knockout football cup competition held annually. 64 teams participate in the competition, including all clubs from the Bundesliga and the 2nd Bundesliga. It is considered the second most important national title in German football after the Bundesliga...
, where they were put out by Bayern Munich (0:7).

Following the conflict, Böckingen played in the Amateurliga Württemberg
Amateurliga Württemberg
The Amateurliga Württemberg was the highest football league in the region of the Württemberg FA and the third tier of the German football league system from its inception in 1945 until the formation of the Oberliga Baden-Württemberg and the Verbandsliga Württemberg below it in 1978.- Overview :The...
(II). A second place finish there in 1950 was followed by a failed promotion attempt, and a poor campaign in the subsequent season saw the club fall from the 2. Liga Süd to the now third tier Amateurliga Württemberg. They returned to second division play for a two year turn before slipping into lower level competition for most of the 50s. They reemerged in the Amateurliga Nordwürttemberg in 1963 and spent all but one of the next 14 seasons there. Second place results in 1966 and 1970 earned the team a place in the opening rounds of the national amateur championship. They also made their second appearance in the German Cup, again bowing out in the first round, this time to Bayer Uerdingen (2:8). Following the 1977-78 season Union descended to lower level play.

In recent years, the club has been a steady member of the tier eight Bezirksliga Unterland, spending a year in the Landesliga in 2004-05 and briefly dropping down to the Kreisliga in 2010-11, but each time returning to the Bezirksliga straight away. The 2010-11 season saw the team earnining promotion back to this league by winning 25 out of its 28 season games and only being defeated once.