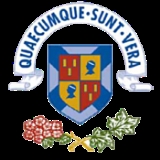 Please my name is Angsoba Bertrand Nayi a holder of HND(Higher National Diploma) in Statistics and completed school in Kumasi Polytechnic and secondar...

I was wondering how many women attend the university in the town of antigonish?
More
x