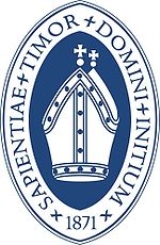 Encyclopedia
St. Cyprian's School is a private
Private school
Private schools, also known as independent schools or nonstate schools, are not administered by local, state or national governments; thus, they retain the right to select their students and are funded in whole or in part by charging their students' tuition, rather than relying on mandatory...
boarding and day school for girls in Oranjezicht
Oranjezicht, Cape Town
Oranjezicht is a suburb in Cape Town, South Africa, built on the site of the old Oranjezicht farm, which used to stretch at least as far as the Mount Nelson Hotel and supplied the Castle of Good Hope with fresh produce...
, Cape Town
Cape Town
Cape Town is the second-most populous city in South Africa, and the provincial capital and primate city of the Western Cape. As the seat of the National Parliament, it is also the legislative capital of the country. It forms part of the City of Cape Town metropolitan municipality...
, Western Cape
Western Cape
The Western Cape is a province in the south west of South Africa. The capital is Cape Town. Prior to 1994, the region that now forms the Western Cape was part of the much larger Cape Province...
, South Africa
South Africa
The Republic of South Africa is a country in southern Africa. Located at the southern tip of Africa, it is divided into nine provinces, with of coastline on the Atlantic and Indian oceans...
. It is situated not far from Table Mountain and has a breathtaking view. The school is also a member of the G20 Schools
G20 Schools
All the schools claim to have a commitment to excellence and innovation of some sort. The G20 Schools have an annual conference which aims to bring together a group of school Heads who want to look beyond the parochial concerns of their own schools and national associations, and to talk through...
Group.

It was founded in 1871 by Bishop Robert Gray
Robert Gray (bishop)
Robert Gray was the first Anglican Bishop of Cape Town.-Biography:Gray was born in Bishopwearmouth, north east England, the son of Robert Gray, Bishop of Bristol, who ordained him deacon in Wells Cathedral on 11 January 1834. His first parish was at Whitworth. In 1845 he became the vicar of...
and has an Anglican foundation. The school practises its Anglican religion by having regular Eucharists, some Christian camps, chapel on some selected days and classes of Divinity. St Cyprian's girls involve themselves in charity work around Cape Town.

Its learners write the WCED exams.