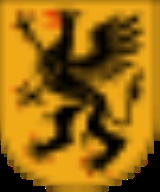 Encyclopedia
, sometimes referred to under its Latin form Sudermannia or Sudermania, is a historical province
Provinces of Sweden
The provinces of Sweden, landskap, are historical, geographical and cultural regions. Sweden has 25 provinces and they have no administrative function, but remain historical legacies and the means of cultural identification....
or landskap on the south eastern coast of Sweden
Sweden
Sweden , officially the Kingdom of Sweden , is a Nordic country on the Scandinavian Peninsula in Northern Europe. Sweden borders with Norway and Finland and is connected to Denmark by a bridge-tunnel across the Öresund....
. It borders Östergötland
Östergötland
Östergötland, English exonym: East Gothland, is one of the traditional provinces of Sweden in the south of Sweden. It borders Småland, Västergötland, Närke, Södermanland, and the Baltic Sea. In older English literature, one might also encounter the Latinized version, Ostrogothia...
, Närke
Närke
' is a Swedish traditional province, or landskap, situated in Svealand in south central Sweden. It is bordered by Västmanland to the north, Södermanland to the east, Östergötland to the southeast, Västergötland to the southwest, and Värmland to the northwest...
, Västmanland
Västmanland
' is a historical Swedish province, or landskap, in middle Sweden. It borders Södermanland, Närke, Värmland, Dalarna and Uppland.The name comes from "West men", referring to the people west of Uppland, the core province of early Sweden.- Administration :...
and Uppland
Uppland
Uppland is a historical province or landskap on the eastern coast of Sweden, just north of Stockholm, the capital. It borders Södermanland, Västmanland and Gästrikland. It is also bounded by lake Mälaren and the Baltic sea...
. It is also bounded by lake Mälaren
Mälaren
Lake Mälaren is the third-largest lake in Sweden, after Lakes Vänern and Vättern. Its area is 1,140 km² and its greatest depth is 64 m. Mälaren spans 120 kilometers from east to west...
and the Baltic sea
Baltic Sea
The Baltic Sea is a brackish mediterranean sea located in Northern Europe, from 53°N to 66°N latitude and from 20°E to 26°E longitude. It is bounded by the Scandinavian Peninsula, the mainland of Europe, and the Danish islands. It drains into the Kattegat by way of the Øresund, the Great Belt and...
.

In Swedish, the province name is frequently shortened to Sörmland.

Södermanland means "Southern man land". It was used as a directional reference to lake Mälaren, compared to Uppland (north) and Västmanland (west).

The coat of arms was granted in 1560. The arms is represented with a ducal coronet. Blazon: "Or, a Griffin rampant Sable beaked, langued, membered and armed Gules." The same CoA was granted for the county in 1940.

Södermanland is situated between lake Mälaren to the north and the Baltic Sea
Baltic Sea
The Baltic Sea is a brackish mediterranean sea located in Northern Europe, from 53°N to 66°N latitude and from 20°E to 26°E longitude. It is bounded by the Scandinavian Peninsula, the mainland of Europe, and the Danish islands. It drains into the Kattegat by way of the Øresund, the Great Belt and...
to the south and east. In the south, the border to Östergötland is comprised by the Kolmården
Kolmården
Kolmården is a large forest that separates the Swedish provinces of Södermanland and Östergötland, two of the country's main agricultural areas, from each other.-History:...
forest.

The terrain is flat, with its highest altitude being Skogsbyås at 124 meters elevation. The terrain largely consists of water filled hollows covered with woods on the heights.

There are three major water regions. One in the west, where lake Hjälmaren
Hjälmaren
Lake Hjälmaren is Sweden's fourth largest lake. It is situated adjacent to Lake Mälaren through which it drains into the Baltic Sea, west of Stockholm...
drains into Mälaren. There is a second water region on Södertörn
Södertörn
Södertörn is a roughly triangular peninsula in eastern Södermanland, Sweden, which is bordered by:*Lake Mälaren and the inlet of Saltsjön to the north,*Himmerfjärden and Hallsfjärden to the west and...
, which is rather small in size and has no larger lakes: Bornsjön 6.5 km², Orlången 2.5 km², Magelungen 2.9 km². The third is to the south towards Kolmården.

Stockholm: It’s notable that both the city of Stockholm (capital of Sweden) and Stockholm County is divided in the middle between Södermanland (southern part) and Uppland (northern part).


Södermanland is with its 146 inhabitants/km² the most densely populated of the provinces; a great part of Stockholm urban area
Stockholm urban area
The Stockholm urban area is the largest and most populous of the statistical localities or urban areas in Sweden. It has no administrative function of its own, but constitutes a continuous multimunicipal built-up area, which extends into 11 municipalities in Stockholm County. It contains the...
being situated within its limits.

Södermanland is one of the ancient Swedish provinces. People probably settled there in the early Stone Age
Stone Age
The Stone Age is a broad prehistoric period, lasting about 2.5 million years , during which humans and their predecessor species in the genus Homo, as well as the earlier partly contemporary genera Australopithecus and Paranthropus, widely used exclusively stone as their hard material in the...
, from which time the earliest remains date. There are a total of 96,000 known ancient remains such as grave fields, coins, knives, etc. There are prominent finds especially from the Younger Stone Age, but also a substantial amount from the Nordic Bronze Age
Nordic Bronze Age
The Nordic Bronze Age is the name given by Oscar Montelius to a period and a Bronze Age culture in Scandinavian pre-history, c. 1700-500 BC, with sites that reached as far east as Estonia. Succeeding the Late Neolithic culture, its ethnic and linguistic affinities are unknown in the absence of...
. From the older Iron Age, before 0 AD, the finds are however more sparse. Then from the 5th and 6th century the finds are again plenty, now of gold. In 1774, a treasure of 12 kilograms of gold from that time was found on a farm in Tureholm.

From the Viking Age
Viking Age
Viking Age is the term for the period in European history, especially Northern European and Scandinavian history, spanning the late 8th to 11th centuries. Scandinavian Vikings explored Europe by its oceans and rivers through trade and warfare. The Vikings also reached Iceland, Greenland,...
300 runestones remain, second only to Uppland in quantity. The oldest, which is dated from the late 6th century, is the Skåäng Runestone
Skåäng Runestone
The Skåäng Runestone, designated as Sö 32 under Rundata, is an Iron Age runestone located in Skåäng, Södermanland, Sweden, which is inscribed in Proto-Norse with the elder futhark...
.

The earliest recorded history is generally of the legendary kind. Before the 7th century it is deemed to have been governed by petty kingdom
Petty kingdom
A petty kingdom is one of a number of small kingdoms, described as minor or "petty" by contrast to an empire or unified kingdom that either preceded or succeeded it...
s. This period ended when Ingjald
Ingjald
Ingjald illråde or Ingjaldr hinn illráði was a legendary Swedish king of the House of Ynglings. Ingjald may have ruled in the 7th century, and he was the son of the former king Anund....
the Ill-Ruler allegedly had a number of local rulers arson
Arson
Arson is the crime of intentionally or maliciously setting fire to structures or wildland areas. It may be distinguished from other causes such as spontaneous combustion and natural wildfires...
ed around 640.

The first affirmative records date from the 13th century. King Magnus Ladulås was given the province in 1266, and settled himself on the manor at Nyköping. Nyköping became one of the most important cities in Sweden. In 1317, Nyköping become the location of the infamous Nyköping Banquet where King Birger had both his brothers murdered to take possession of the crown and avenge earlier wrong-deeds.

In 1523 the King Gustav Vasa, referred to as the Sweden's father of the nation
Father of the Nation
Father of the Nation is an honorific title given to a man considered the driving force behind the establishment of their country, state or nation...
, was crowned in Strängnäs. The date, June 6, eventually is commemorated as the national holiday
National Day
The National Day is a designated date on which celebrations mark the nationhood of a nation or non-sovereign country. This nationhood can be symbolized by the date of independence, of becoming republic or a significant date for a patron saint or a ruler . Often the day is not called "National Day"...
. Karl IX, a son of Gustav Vasa, favoured the province, fortifying castles and establishing early industries.


Dukes and Duchesses of Södermanland

The area has been inhabited since the Stone Age, and medieval churches, runestones and gravefields are plenty around the countryside.

Of buildings, the arguably most impressive is the castle of Gripsholm. Nearby is the Gripsholm Runestone, a typical Viking Runestone, commemorating an earlier Viking expedition.

The cemetery
Cemetery
A cemetery is a place in which dead bodies and cremated remains are buried. The term "cemetery" implies that the land is specifically designated as a burying ground. Cemeteries in the Western world are where the final ceremonies of death are observed...
Skogskyrkogården
Skogskyrkogården
Skogskyrkogården is a cemetery located in the Enskededalen district south of central Stockholm, Sweden...
in southern Stockholm is a UNESCO
UNESCO
The United Nations Educational, Scientific and Cultural Organization is a specialized agency of the United Nations...
World Heritage site
World Heritage Site
A UNESCO World Heritage Site is a place that is listed by the UNESCO as of special cultural or physical significance...
.

Södermanland was historically divided into chartered cities and into hundreds.