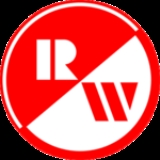 Encyclopedia
SG Rot-Weiss Frankfurt 01 is a German association football club
Football in Germany
Association football is the most popular sport in Germany. The German Football Association is the sport's national governing body, with 6.6 million members organized in over 26,000 football clubs. There is a league system, with the 1. and 2. Bundesliga on top, and the winner of the first...
from Frankfurt am Main. The association was founded on 11 November 1901 as FV Amicitia 1901 Bockenheim in what is today the city district of Bockenheim.

In 1933, German football was re-organized into sixteen top-flight divisions and Rot-Weiß appeared in the Gauliga Südwest for three seasons between 1938 and 1941. In 1941 the division was split into the Gauliga Westmark and the Gauliga Hessen-Nassau where the club played another three years as Reichsbahn TSV Rot-Weiß Frankfurt. Their best result was a divisional vice-championship in '41.

After the war occupying Allied authorities ordered the dissolution of all organizations in Germany, including sports and football associations. In late 1945 the club was re-constituted as SG Bockenheim and in 1947, once again named Rot-Weiß, played a single season in the first division Oberliga Süd
Oberliga Süd (1945-63)
The Oberliga Süd was the highest level of the German football league system in the south of Germany from 1945 until the formation of the Bundesliga in 1963.It covered the three states of Bavaria, Baden-Württemberg and Hessen.-Overview:...
before being relegated. The club set an attendance record that still stands to this day when they played 1. FC Nuremberg before 27,000 fans.

Rot-Weiß competed as a third tier side in the Amateurliga Hessen through most of the 60s and 70s with a single season cameo in the Regionalliga Süd
Regionalliga Süd (1963-74)
The Regionalliga Süd was the second-highest level of the German football league system. It existed in the south of Germany from 1963 until the formation of the 2nd Bundesliga in 1974. It covered the three states of Bavaria, Baden-Württemberg and Hessen....
(II) in 1968–69. The club then slipped to the Landesliga Hessen-Süd in 1979 where they played for five of the next seven seasons. From the late 80s to the mid-90s they were once again a third division side and captured the Oberliga Hessen championship in 1990. Participation in the subsequent promotion round for the 2. Bundesliga
2. Fußball-Bundesliga
- Changes in division set-up :* Number of clubs: currently 18. From 1974 to 1981 there were two conferences, each of 20 teams. In 1981–91 it had 20...
ended in failure. Under mounting financial pressure the team's performance slipped and by the mid-90s they were playing fourth and fifth division football. Rot-Weiß currently play in the Hessenliga
Hessenliga
The Hessenliga is the highest football league in the state of Hesse and the Hessian football league system. It is one of eleven Oberligas in German football, the 5th tier of the German football league system. It was, until the introduction of the 3...
(V) and the primary focus of the club has shifted to its youth sides.