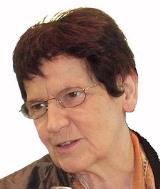 From 1986 to 2001, Süssmuth was president of the Frauenunion (the organization of the female members of the CDU) and therefore had a strong influence in her party.

Süssmuth graduated as a Doctor of Philosophy
Doctor of Philosophy
Doctor of Philosophy, abbreviated as Ph.D., PhD, D.Phil., or DPhil , in English-speaking countries, is a postgraduate academic degree awarded by universities...
from the University of Münster
University of Münster
The University of Münster is a public university located in the city of Münster, North Rhine-Westphalia in Germany. The WWU is part of the Deutsche Forschungsgemeinschaft, a society of Germany's leading research universities...
in 1964. From 1966 until 1982, she was a faculty member in education at University of Dortmund, Ruhr University
Ruhr University
Ruhr University Bochum , located on the southern hills of central Ruhr area Bochum, was founded in 1962 as the first new public university in Germany since World War II...
, and their predecessor institutions. Since 2005, she has been president of the OTA Hochschule, a private university in Berlin
Berlin
Berlin is the capital city of Germany and is one of the 16 states of Germany. With a population of 3.45 million people, Berlin is Germany's largest city. It is the second most populous city proper and the seventh most populous urban area in the European Union...
. In 2006 she was awarded the Magnus Hirschfeld Medal
Magnus Hirschfeld Medal
The Magnus Hirschfeld Medal is awarded by the German Society for Social-Scientific Sexuality Research for outstanding service to sexual science, granted in the categories "Sexual Research" and "Sexual Reform"...
for Sexual Reform for her courageous and far-sighted HIV/AIDS politics whilst federal minister. In addition, she currently sits on the Advisory Board for the German Foundation for World Population
German Foundation for World Population
The German Foundation for World Population is an international non-governmental organisation addressing Sexual & Reproductive Health and population dynamics...
. She is also Member of the European Council on Tolerance and Reconciliation
European Council on Tolerance and Reconciliation
The European Council on Tolerance and Reconciliation was established in Paris, France on October 7, 2008 to monitor tolerance in Europe...
established in 2008 to monitor tolerance
Toleration
Toleration is "the practice of deliberately allowing or permitting a thing of which one disapproves. One can meaningfully speak of tolerating, ie of allowing or permitting, only if one is in a position to disallow”. It has also been defined as "to bear or endure" or "to nourish, sustain or preserve"...
in Europe
Europe
Europe is, by convention, one of the world's seven continents. Comprising the westernmost peninsula of Eurasia, Europe is generally 'divided' from Asia to its east by the watershed divides of the Ural and Caucasus Mountains, the Ural River, the Caspian and Black Seas, and the waterways connecting...
and prepare recommendations to European governments and IGO
Igo
Igo can refer to the following:*Igo, another name for Go *I-GO, a non-profit organization which operates a car sharing service in Chicago, Illinois...
s on fighting xenophobia
Xenophobia
Xenophobia is defined as "an unreasonable fear of foreigners or strangers or of that which is foreign or strange". It comes from the Greek words ξένος , meaning "stranger," "foreigner" and φόβος , meaning "fear."...
and anti-semitism
Anti-Semitism
Antisemitism is suspicion of, hatred toward, or discrimination against Jews for reasons connected to their Jewish heritage. According to a 2005 U.S...
.

Michael F. Feldkamp
Michael F. Feldkamp
Michael F. Feldkamp, is a German historian and journalist.-Career:Feldkamp was born in Kiel. After completing his high school studies at the Gymnasium Carolinum in Osnabrück, he studied history, Catholic theology, teaching, and philosophy at the Rhineland Friedrich-Wilhelms University in Bonn...
(ed.), Der Bundestagspräsident
President of the Bundestag
The President of the Bundestag presides over the sessions of the Bundestag, the parliament of Germany, with functions similar to that of a speaker in other countries. In the German order of precedence, his office is ranked second after the President and before the Chancellor...
. Amt - Funktion - Person. 16. Wahlperiode, München 2007, ISBN 978-3-7892-8201-0