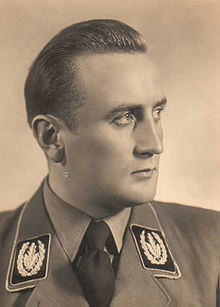 Both Axmann and von Schirach were condemned as war criminals after the close of Second World War, in particular for the role the two Reichsjugendführer had played in corrupting the minds of children.
The source of this article is wikipedia, the free encyclopedia.  The text of this article is licensed under the GFDL.