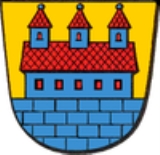 Encyclopedia
Rödelheim is a district or Stadtteil of Frankfurt am Main, Germany
Germany
Germany , officially the Federal Republic of Germany , is a federal parliamentary republic in Europe. The country consists of 16 states while the capital and largest city is Berlin. Germany covers an area of 357,021 km2 and has a largely temperate seasonal climate...
. It is part of the Ortsbezirk Mitte-West, and is subdivided into the Stadtbezirke Rödelheim-Ost and Rödelheim-West.
There are a number of celebrities who have established their base in Rödelheim, including Rödelheim Hartreim Projekt
Rödelheim Hartreim Projekt
The Rödelheim Hartreim Project , for short RHP, was a mid-nineties German rap group from Rödelheim, a part of Frankfurt. The group comprised two members, Moses P. and Thomas H....
, Mathias Barbosa and Sabrina Setlur
Sabrina Setlur
Sabrina Setlur , formerly known as Schwester S., is a German rapper, songwriter, Hebbar Iyengar and occasional actress...
.

For many centuries and until the Nazi era, it was a major center for the printing and export of Hebrew books. Wolf Heidenheim
Wolf Heidenheim
Wolf ben Samson Heidenheim was a German exegete and grammarian born at Heidenheim am Hahnenkamm At an early age Heidenheim was sent to Fürth, where he studied Talmud under Joseph Steinhardt, author of Zikron Yosef, and, from 1777, under Hirsch Janow...
and Seligman Baer
Seligman Baer
Seligman Baer was a masoretic scholar, and an editor of the Hebrew Bible and of the Jewish liturgy. He was born at Mosbach , Sept. 18, 1825 and died at Biebrich-on-the-Rhine, March, 1897.Baer commenced his Masoretic studies as early as 1844...
, two highly prominent Hebrew grammarians and masoretic scholars of the modern period, both published in Rödelheim.
The source of this article is wikipedia, the free encyclopedia.  The text of this article is licensed under the GFDL.