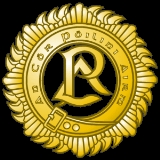 Encyclopedia
The Póilíní Airm is the corps of the Irish Army
Irish Army
The Irish Army, officially named simply the Army is the main branch of the Defence Forces of Ireland. Approximately 8,500 men and women serve in the Irish Army, divided into three infantry Brigades...
responsible for the provision of policing service personnel and providing a military police
Military police
Military police are police organisations connected with, or part of, the military of a state. The word can have different meanings in different countries, and may refer to:...
presence to forces while on exercise and deployment. Its tasks increase during wartime to include traffic control organisation and POW
Prisoner of war
A prisoner of war or enemy prisoner of war is a person, whether civilian or combatant, who is held in custody by an enemy power during or immediately after an armed conflict...
and refugee
Refugee
A refugee is a person who outside her country of origin or habitual residence because she has suffered persecution on account of race, religion, nationality, political opinion, or because she is a member of a persecuted 'social group'. Such a person may be referred to as an 'asylum seeker' until...
control. The Póilíní Airm are distinguished from other units by their wearing of a red beret.

The Póilíní Airm enjoy a close working relationship with An Garda Síochána (the national police force of Ireland
Republic of Ireland
Ireland , described as the Republic of Ireland , is a sovereign state in Europe occupying approximately five-sixths of the island of the same name. Its capital is Dublin. Ireland, which had a population of 4.58 million in 2011, is a constitutional republic governed as a parliamentary democracy,...
) at both national and local levels, with the Gardaí providing specialist training to the Póilíní Airm in criminal investigation.