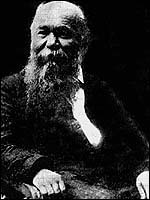 Milovan Glišić was a Serbia
Serbia
Serbia , officially the Republic of Serbia , is a landlocked country located at the crossroads of Central and Southeast Europe, covering the southern part of the Carpathian basin and the central part of the Balkans...
n writer, dramatist, translator, and literary theorist. He is sometimes referred to as the Serbian Gogol.

Glišić was born in the farming community of Gradac, near Valjevo
Valjevo
Valjevo is a city and municipality located in western Serbia. It is the center of the Kolubara District, which includes five other smaller municipalities with a total population of almost 180,000 people...
, Serbia. He was educated at Belgrade's Grande École (now the University of Belgrade
University of Belgrade
The University of Belgrade is the oldest and largest university of Serbia.Founded in 1808 as the Belgrade Higher School in revolutionary Serbia, by 1838 it merged with the Kragujevac-based departments into a single university...
), from which he graduated in 1875. During the Serbo-Turkish War of 1875 Glišić worked in the Press Bureau of the Foreign Ministry at Belgrade. After the death of poet-painter Đura Jakšić in 1878 he succeeded Jakšić as editor of the National Printing Press. He was also managing editor of Srpskih Novina (Serbian Newspapers) on two occasions. One of the many younger writers to whom as editor and critic Glišić gave encouragement was Laza Lazarević
Laza Lazarevic
Laza K. Lazarević was a Serbian writer, psychiatrist, and neurologist. The primary interest of Lazarević throughout his short life was the science of medicine...
. While still in college, he met literary critic Svetozar Marković
Svetozar Markovic
Svetozar Marković was an influential Serbian political activist and literary critic. He developed an activistic anthropological philosophy with a definite program of social change.-Early life:...
, who exerted an influence on him at the beginning of his career as a journalist and translator. From 1881 to 1898 he was the dramaturge
Dramaturge
A dramaturge or dramaturg is a professional position within a theatre or opera company that deals mainly with research and development of plays or operas...
of the National Theatre in Belgrade
National Theatre in Belgrade
The National Theatre was founded in the latter half of the 19th century. It is located on Republic Square, in Belgrade, Serbia.The National Theatre was declared a Monument of Culture of Great Importance in 1983, and it is protected by the Republic of Serbia....
(founded in 1868 by Jovan Đorđević). Under his leadership the theatre offered quality performances at popular prices and convenient times for the general public. In 1898, Milovan Glišić's increasing popularity, as an author and translator par excellence enabled him to retire from public service. Two years later (1900), however, he returned to take the post of director of Belgrade's National Library of Serbia
National Library of Serbia
The National Library of Serbia is the national library of Serbia, located in the city of Belgrade, .-History:...
. For health reasons he went to Dubrovnik
Dubrovnik
Dubrovnik is a Croatian city on the Adriatic Sea coast, positioned at the terminal end of the Isthmus of Dubrovnik. It is one of the most prominent tourist destinations on the Adriatic, a seaport and the centre of Dubrovnik-Neretva county. Its total population is 42,641...
, where he died, aged 61.

Glišić began his literary translations in satirical newspapers, and then went on to write original short stories. His original work includes two theater pieces, Two Coins and Spoofing and two collections of short stories. They include, among others, his most popular humorous and satirical stories: Roga, Not About What, Pricker for Fire, Walk After Death, An Ominous Number. His best stories, however, are: Glava secera (A Lump of Sugar); Redak zver (A Rare Animal); and Prva brazda (The First Furrow).

Milovan Glišić was known mostly for his realist stories, but he also had a few which included horror motifs of Serbian folklore and superstition. The most famous one is -- After ninety years (1880) -- published some 17 years before Bram Stoker
Bram Stoker
Abraham "Bram" Stoker was an Irish novelist and short story writer, best known today for his 1897 Gothic novel Dracula...
's Dracula
Dracula
Dracula is an 1897 novel by Irish author Bram Stoker.Famous for introducing the character of the vampire Count Dracula, the novel tells the story of Dracula's attempt to relocate from Transylvania to England, and the battle between Dracula and a small group of men and women led by Professor...
.

In Glišić story the main character is Strahinya, a poor lad in the 19th century rural Serbia, who falls in love with a lovely daughter of a wealthy but ill-tempered Živan. He is almost driven from the village when the village boss, the priest and a few village elders see an opportunity for Strahinya. The village is plagued by a vampire
Vampire
Vampires are mythological or folkloric beings who subsist by feeding on the life essence of living creatures, regardless of whether they are undead or a living person...
attacking millers in an old mill: since no one dares to stay the night over there, the people are on the verge of famine. Strahinya agrees to do the job, and manages to survive the night hiding in the attic. After some troubles, the villagers manage to discover the vampire's grave. They pierce the (unopened) coffin with a stake, but due to clumsiness and fright of one of the company, a butterfly escapes from the coffin before it is sprinkled by the Holy water. It represents the soul of the vampire which remains undestroyed. Everybody thinks it's all over now, but in the end – the real horrors await Strahinya during his wedding night. Based on After Ninety Years (1880) was a Serbian horror TV movie called Leptirica (The She-Butterfly), made in 1973.Leptirica is now considered a classic in the Serbian and former Yugoslav horror film genre.
The source of this article is wikipedia, the free encyclopedia.  The text of this article is licensed under the GFDL.