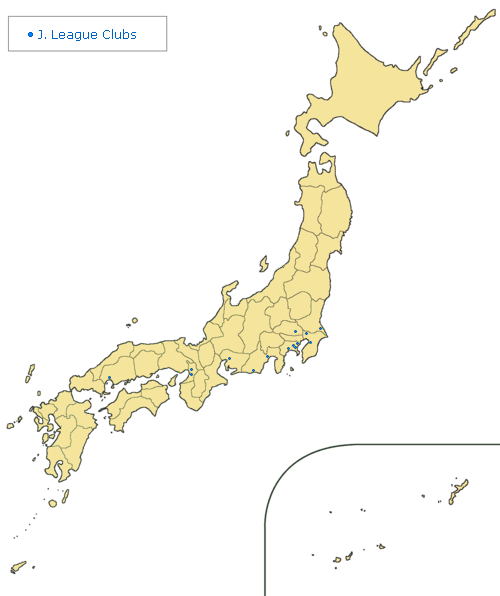 Following fourteen clubs participated in J. League during 1995 season. Of these clubs, Kashiwa Reysol, and Cerezo Osaka were newly promoted from Japan Football League (former)
Japan Football League (former)
The former was an association football league that existed from 1992 to 1998. Also known as the JFL, it was the 2nd tier of the Japanese football hierarchy following J...
.

In the 1995 season, the league followed split-season format, and each halves (or stages) were known as Suntory Series and NICOS Series for sponsorship purposes. In each series, fourteen clubs played in double round-robin format, a total of 26 games per club (per series). The games went to golden-goal extra time and penalties if needed after regulation. The points system is introduced for the first time and a club received 3pts for any win, 1pts for PK loss, and 0pts for regulation or extra time loss. The clubs were ranked by points and tie breakers are, in the following order:
The club that finished at the top of the table is declared stage champion and qualifies for the Suntory Championship. The first stage winner, hosts the first leg in the championship series. If the same club win both stages, the runners-up of each stages plays against each other and the winners challenges the stage winner at the championship game.