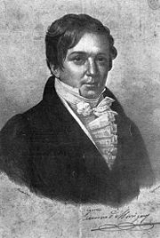 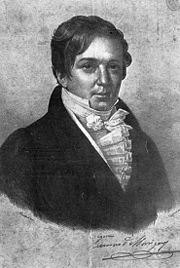 The Hôtel de Marigny is a town house in Paris
Paris
Paris is the capital and largest city in France, situated on the river Seine, in northern France, at the heart of the Île-de-France region...
, France
France
The French Republic , The French Republic , The French Republic , (commonly known as France , is a unitary semi-presidential republic in Western Europe with several overseas territories and islands located on other continents and in the Indian, Pacific, and Atlantic oceans. Metropolitan France...
, on the Avenue Marigny, not far from the Elysée Palace
Élysée Palace
The Élysée Palace is the official residence of the President of the French Republic, containing his office, and is where the Council of Ministers meets. It is located near the Champs-Élysées in Paris....
. It is used as a residence for state visit
State visit
A state visit is a formal visit by a foreign head of state to another nation, at the invitation of that nation's head of state. State visits are the highest form of diplomatic contact between two nations, and are marked by ceremonial pomp and diplomatic protocol. In parliamentary democracies, heads...
ors to France. The house has been the property of the French government since 1972. Its history dates back to June 15, 1869, when Baron Gustave de Rothschild paid the Duchesse de Bauffremont 2,700,000 francs for two town houses, at 21 Avenue Marigny and 14 Rue du Cirque, with a total floorspace of approximately 40000 square feet (3,716.1 m²).

In 1872, the Baron decided to combine the two buildings into a single property and to erect additional buildings on part of the site. On May 17, 1879, he acquired the town house at 13 Avenue Marigny. Extensive work was carried out on the site from 1873 onwards, lasting for nearly 10 years, under the direction of the Baron's architect, Alfred-Philibert Aldrophe.

Today, the Hôtel Marigny comprises a main building with one two-story wing at right angles, standing above a vast basement area for the domestic services. The main emphasis is on the monumental central part of the façade
Facade
A facade or façade is generally one exterior side of a building, usually, but not always, the front. The word comes from the French language, literally meaning "frontage" or "face"....
: the entrance to the main lobby comprises two lower-level reception areas beneath the raised ground-floor, while the upper portion contains four Corinthian columns framing a bay window
Bay window
A bay window is a window space projecting outward from the main walls of a building and forming a bay in a room, either square or polygonal in plan. The angles most commonly used on the inside corners of the bay are 90, 135 and 150 degrees. Bay windows are often associated with Victorian architecture...
and two niches, bearing a frame and sculpted frontispiece
Frontispiece (architecture)
In architecture, a frontispiece is the combination of elements that frame and decorate the main, or front, door to a building. The term is especially used when the main entrance is the chief face of the building rather than being kept behind columns or a portico. Early German churches often...
of the same provenance.
The source of this article is wikipedia, the free encyclopedia.  The text of this article is licensed under the GFDL.