Encyclopedia
The Château de Bagatelle is a small neoclassical
Neoclassical architecture
Neoclassical architecture was an architectural style produced by the neoclassical movement that began in the mid-18th century, manifested both in its details as a reaction against the Rococo style of naturalistic ornament, and in its architectural formulas as an outgrowth of some classicizing...
château
Château
A château is a manor house or residence of the lord of the manor or a country house of nobility or gentry, with or without fortifications, originally—and still most frequently—in French-speaking regions...
with a French landscape garden
French landscape garden
The French landscape garden is a style of garden inspired by idealized Italian landscapes and the romantic paintings of Hubert Robert, Claude Lorrain and Nicolas Poussin, European ideas about Chinese gardens, and the philosophy of Jean-Jacques Rousseau...
in the Bois de Boulogne
Bois de Boulogne
The Bois de Boulogne is a park located along the western edge of the 16th arrondissement of Paris, near the suburb of Boulogne-Billancourt and Neuilly-sur-Seine...
in the XVIe arrondissement
XVIe arrondissement
The 16th arrondissement of Paris is one of the 20 arrondissements of Paris, the capital city of France...
of Paris
Paris
Paris is the capital and largest city in France, situated on the river Seine, in northern France, at the heart of the Île-de-France region...
. There is also a Château de Bagatelle located near Abbeville
Abbeville
Abbeville is a commune in the Somme department in Picardie in northern France.-Location:Abbeville is located on the Somme River, from its modern mouth in the English Channel, and northwest of Amiens...
in northern France.

The château is a glorified playground, actually a maison de plaisance intended for brief stays while hunting in the Bois in a party atmosphere, which was initially built as a small hunting lodge for the Maréchal d'Estrées in 1720. Bagatelle from the Italian
Italian language
Italian is a Romance language spoken mainly in Europe: Italy, Switzerland, San Marino, Vatican City, by minorities in Malta, Monaco, Croatia, Slovenia, France, Libya, Eritrea, and Somalia, and by immigrant communities in the Americas and Australia...
bagattella, means a trifle, or little decorative nothing. In 1775, the Comte d'Artois
Charles X of France
Charles X was known for most of his life as the Comte d'Artois before he reigned as King of France and of Navarre from 16 September 1824 until 2 August 1830. A younger brother to Kings Louis XVI and Louis XVIII, he supported the latter in exile and eventually succeeded him...
, Louis XVI
Louis XVI of France
Louis XVI was a Bourbon monarch who ruled as King of France and Navarre until 1791, and then as King of the French from 1791 to 1792, before being executed in 1793....
's brother, purchased the property from the prince de Chimay. The Comte soon had the existing house torn down with plans to rebuild. Famously, Marie-Antoinette wagered against the Comte, her brother-in-law, that the new château could not be completed within three months. The Comte engaged the neoclassical
Neoclassical architecture
Neoclassical architecture was an architectural style produced by the neoclassical movement that began in the mid-18th century, manifested both in its details as a reaction against the Rococo style of naturalistic ornament, and in its architectural formulas as an outgrowth of some classicizing...
architect François-Joseph Bélanger
François-Joseph Bélanger
François-Joseph Bélanger was a French architect and decorator working in the Neoclassic style.Born in Paris, he studied at the Académie Royale d'Architecture where he worked under Julien-David Le Roy and Pierre Contant d'Ivry, but did not win the coveted Prix de Rome that would have sent him to...
to design the building that remains in the park today. The Comte won his bet, completing the house, the only residence ever designed and built expressly for him, in sixty-three days, from September 1777. It is estimated that the project, which came to include manicured gardens, employed eight hundred workers and cost over three million livres. Bélanger's brother-in-law Jean-Démosthène Dugourc provided much of the decorative detail. The central domed feature was a music-room. The master bedroom was fitted up in the manner of a military tent, and Hubert Robert
Hubert Robert
Hubert Robert , French artist, was born in Paris.His father, Nicolas Robert, was in the service of François-Joseph de Choiseul, marquis de Stainville a leading diplomat from Lorraine...
executed a set of six Italianate landscapes for the bathroom. Most of the furnishings were provided by numerous Parisian marchand-mercier
Marchand-mercier
A marchand-mercier is a French term for a type of entrepreneur working outside the guild system of craftsmen but carefully constrained by the regulations of a corporation under rules codified in 1613.. The reduplicative term literally means a merchant of merchandise, but in the 18th century took...
s, notably Dominique Daguerre
Dominique Daguerre
Dominique Daguerre was a Parisian marchand-mercier who was in partnership from 1772 with Simon-Philippe Poirier, an arbiter of taste and the inventor of furniture mounted with Sèvres porcelain plaques; Daguerre assumed Poirier's business at La Couronne d'Or in the Faubourg Saint-Honoré in 1777/78...
; a decorative painter was A.-L. Delabrière.
The château still carries over the porch of its main entrance the words first used by the Latin poet Horace
Horace
Quintus Horatius Flaccus , known in the English-speaking world as Horace, was the leading Roman lyric poet during the time of Augustus.-Life:...
to describe his own house: "Parvus sed aptus." It could be translated as "Small but able, sufficient for all needs."

In 1777 a party was thrown in the recently completed house in honour of Louis XVI
Louis XVI of France
Louis XVI was a Bourbon monarch who ruled as King of France and Navarre until 1791, and then as King of the French from 1791 to 1792, before being executed in 1793....
and the Queen. The party featured a new table game featuring a small billiard
Billiard
-Games:* A , a type of shot in cue sports * Billiards: cue sports in general, including pool, carom billiards, snooker, etc.; the term "billiards" by itself is also sometimes used to refer to any of the following more specifically:...
-like table with raised edges and cue sticks, which players used to shoot ivory balls up an inclined playfield with fixed pins. The table game was dubbed "Bagatelle
Bagatelle
Bagatelle is a billiards-derived indoor table game, the object of which is to get a number of balls past wooden pins into holes...
" by the Count and shortly after swept through France, evolving into various forms which eventually culminated in the modern pinball machine.

The formal garden spaces surrounding the château, which was linked to its dependencies by underground tunnels, was expanded with a surrounding park in the naturalistic English landscape style by the Scottish garden-designer Thomas Blaikie, and dotted with sham ruins, an obelisk, a pagoda
Pagoda
A pagoda is the general term in the English language for a tiered tower with multiple eaves common in Nepal, India, China, Japan, Korea, Vietnam and other parts of Asia. Some pagodas are used as Taoist houses of worship. Most pagodas were built to have a religious function, most commonly Buddhist,...
, primitive hermits' huts and grottoes.

A fête
Fête
Fête is a French word meaning festival, celebration or party, which has passed into English as a label that may be given to certain events.-Description:It is widely used in England and Australia in the context of a village fête,...
given 20 May 1780, described in Blaikie's diary, gives a sense of the extravagant atmosphere. An additional part of the Bois de Boulogne had recently been taken into the prince's grounds, but the wall remained:


Mr Belanger had an invention which made a Singulare effect by undermining the wall on the outside and placing people with ropes to pull the wall down at a word.... there was an actor who acted the part of a Magician who asked their Majesties how they liked the Gardens and what a beautiful view there was towards the plain if that wall did not obstruct it but that their Majesties need only give the word that he with his enchanted wand would make make that wall disappear; the Queen not knowing told him with a laugh 'Very well I should wish to see it disappear' and in the instant the signal was given and above 200 yards opposite where the company stood fell flat to the ground which surprised them all"

Like most of his unentail
Entail
Entail may refer to:* Fee tail, a term of art in common law describing a limited form of succession....
ed property, Bagatelle was left to his illegitimate son Sir Richard Wallace
Richard Wallace, 1st Baronet
Sir Richard Wallace, 1st Baronet was an English art collector.He was the illegitimate son of Richard Seymour-Conway, 4th Marquess of Hertford, for whom he worked as secretary, and inherited his unentailed father's estates, and extensive collection of European art in 1871...
on Lord Hertford's death in 1870, as his entailed property and his title passed to a distant cousin. Bagatelle was acquired from his heir Sir John Murray-Scott by the City of Paris in 1905.

The Bagatelle gardens, created by Jean-Claude Nicolas Forestier
Jean-Claude Nicolas Forestier
Jean-Claude Nicolas Forestier was a French landscape architect, trained with Alphand and became conservateur of the promenades of Paris. He developed an arboretum at Vincennes and the gardens of the Champ-de-Mars below the Eifel Tower...
, the Commissioner of Gardens for the city of Paris, are the site of the annual Concours international de roses nouvelles de Bagatelle
Concours international de roses nouvelles de Bagatelle
The Concours international de roses nouvelles de Bagatelle is held in June of each year in the rose trial grounds of the Château de Bagatelle in Paris's 16th arrondissement....
, an international competition for new rose
Rose
A rose is a woody perennial of the genus Rosa, within the family Rosaceae. There are over 100 species. They form a group of erect shrubs, and climbing or trailing plants, with stems that are often armed with sharp prickles. Flowers are large and showy, in colours ranging from white through yellows...
s run by the City of Paris in June of each year.

Though the Revolutionary sales emptied the house, at Bagatelle in Sir John Murray-Scott's time were replicas of the bronze vases at Versailles that on the sale of the house by Sir John Murray-Scott were sent to his brother's house, Nether Swell Manor in Gloucestershire
Gloucestershire
Gloucestershire is a county in South West England. The county comprises part of the Cotswold Hills, part of the flat fertile valley of the River Severn, and the entire Forest of Dean....
. 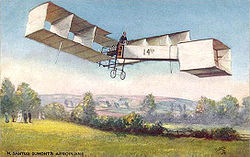 In 1892, the Bagatelle grounds hosted the first French championship match in rugby union
Rugby union
Rugby union, often simply referred to as rugby, is a full contact team sport which originated in England in the early 19th century. One of the two codes of rugby football, it is based on running with the ball in hand...
, in which local side Racing Club de France, predecessor of today's Racing Métro 92, defeated fellow Parisians Stade Français 4–3. The Bagatelle also played host to some of the polo
Polo at the 1924 Summer Olympics
-Results:-Rosters:Argentina* Arturo Kenny* Juan Miles* Guillermo Naylor* Juan Nelson* Enrique PadillaFrance* Pierre de Chapelle* Hubert de Monbrison* Charles de Polignac* Jules Macaire* Jean PastreGreat Britain...
events for the 1924 Summer Olympics
1924 Summer Olympics
The 1924 Summer Olympics, officially known as the Games of the VIII Olympiad, were an international multi-sport event which was celebrated in 1924 in Paris, France...
in neighbouring Paris
Paris
Paris is the capital and largest city in France, situated on the river Seine, in northern France, at the heart of the Île-de-France region...
.