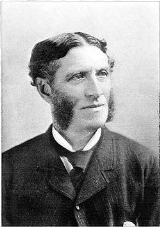 RonPrice
I went for my daily constitutional-walk a little earlier today in mid-afternoon in this the early evening of my life. I dropped-in on a colleague, an old-school principal now retired, had an early dinner of home-made soup with a hot-salami sandwich. I then settled-down for my daily sleep. On waking, putting in my false-teeth and going downstairs, I saw the closing ceremonies of the 31st Australian Masters. They were played at the Victoria Golf Club from 11 to 14 November 2010. I have no interest in golf, although I like golf’s quiet sound-over, the gentle voices and all the green on the television screen. I also like my wife of more than 35 years.

My wife enjoys watching golf and I enjoy watching her, at least most of the time. Familiarity, as we all know breeds, or can breed, many things. After about five minutes of the golf’s closing ceremonies my wife pressed the remote button and up popped ABC1 and its A Poet’s Guide to Britain.1 It was the content of this program which has led to this prose-poem.-Ron Price with thanks to ABC1 TV, A Poet’s Guide to Britain: Matthew Arnold, 5:00-5:30 p.m., 14 November 2010.

I first came across your work, Matthew,
back in 1960 when my life had scarcely
begun, when I had begun to fall in love
with girls who never knew my feelings,
when I was also in love with baseball &
getting as high a set of marks as I could
at high school. Poetry was the last thing
on my mind, that’s for sure, except that
I had to understand the poems for those
essays and exams, if I wanted to get into
university, and avoid all those tedious &
boring jobs which people got who didn’t
go to university. I had no interest in the
practical subjects like woodwork & that
metalwork, the art and crafts & all those
extra-curricular activities kids took-part
in way back then. I must say, Matthew,
that I came to your work so slowly over
these last fifty-plus years. Dover Beach
which this TV program focussed-on has
become one of my favourites, though. Its
eternal note of sadness which you struck;
Oxford’s first Professor of Poetry in 1857,
the first who was not a cleric also struck a
note, a sign of much that was to come in my
world and our world today, Matthew. That
sea of faith has gone, as you say. You could
only hear its long & melancholy withdrawing
roar & it has been withdrawing for these last
sixteen decades at least in some of its forms.1

We are still, like you, Matthew:
Swept with confused alarms of struggle and flight
Where ignorant armies clash by night.2 & 3

1 Fundamentalism, of course, and a pervasive secular spirituality have become very dominant forms of religious influence in our global world.
2 These are the last two lines of Arnold’s famous poem Dover Beach.
3 See Matthew Arnold, ed. M. Allott and R. Super, Oxford UP, 1986. It was in this book that I came across the words of Goethe: (1) “Thinking is easy, acting is difficult, and to put one's thoughts into action is the most difficult thing in the world;” and (2) "To act is easy; to think is hard."