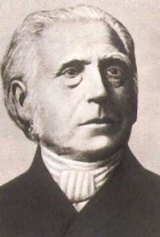 MISSYJ
I question the changes being made in the NAC to transform the congregations into the "modern" times. It is really necessary to "conform" to the world?
I have heard of many many objections to the recent changes and just wonder if it isn't more harmful than good?
Save
Cancel
Reply
replied to:  MISSYJ

Replied to:  I question the changes being made in the NAC to transform...
Let us understand that the NAC is not a private organisation,but rather it is Christ's congregation led by the Holy Spirit,known by the Children of God. Jesus Christ promised the disciples that He would send them the True comforter,who happens to be the Holy Spirit, that It would teach them so many things. I disagree that there are changes
in the NAC, only one concept you are missing is that the Holy Spirit is teaching even today.

13" But when he, the Spirit of truth, comes, he will guide you into all the truth. He will not speak on his own; he will speak only what he hears, and he will tell you what is yet to come."

Also (John 14:17) "even ethe Spirit of truth,of whom the world cannot receive, because it neither sees him nor knows him. You know him, for he dwells with you and will be in you". So if people do not understand the work of the Holy Spirit, will say the NAC is changing. I hope you have learnt something.
Save
Cancel
Reply
replied to:  1984rositu

Replied to:  Let us understand that the NAC is not a private organisation,but...
Hi 1984rositu

Where do you live?
There are so many changes in the NAC today that I can hardly recognize it from my youth days. Not only have we lost all respect for the Apostle office, but the church itself is being brought down to the worldy standards of any other Christian church. The New Apostolic Church was a glorified place to worship, honor and praise our Heavenly Father, now there is much confusion and disruptions going on even during the divine? services.. Have you not noticed that there is no mention anymore of the Apostle Ministry?
Only Christ Christ and Christ....I do so believe in the Holy Spirit and I do pray and plead to the Father (not Christ) to help me understand if this is the way we have to proceed. There are a lot of souls who have left this narrow path and it is truly shameful! The young people of today only have two things on their adgenda How can I get a good job and how will I be able to enjoy myself in life? Why would they even concern themselves about the future, the bride of Christ , the Kings and Priests, the redeemed of the Lamb? I will welcome more understanding from you through this discussion, but do not say that there has been no change. I cannot even go to a place where I used to
always only want to ever be. In church!
jHolly

Save
Cancel
Reply
replied to:  jholly

Replied to:  Hi 1984rositu Where do you live? There are so many...
There are many problems with the NAC and probably many other churches. you mentioned that there is no mention of the Apostle ministry anymore. why should there be? We are all equal in God's eyes. why does there need to be respect for the office of an apostle? and furthermore, why do you concern yourself about the 'bride of christ' and being 'kings and priests'? there is such an emphasis on the future and the return of jesus christ, that children of god or believers forget to focus on the good characteristics that jesus wanted them to. like being charitable to the community, showing love to your neighbour.being an example of faith through works. NAC members are so self centered and focused on their own soul salvation, that they fail to realise being a good person in the community is the sign of a true christian.
I hardly go to church anymore, but for good reason. Whenever we go, the minister begins with the word or theme, and goes off on some tangent totally unrelated to the main message of the sermon. why would they be given the word of life if they just make this stuff up? Its obvious that he hasnt done his homework on the topic. And then some other ministers have a preoccupation with the 'heavenly kingdom' and 'golden pathways' etc etc. why? we, the people on earth, gods creation will ultimately populate the kingdom of god. therefore, the kingdom is already here.we are it! so focus on becoming a better community.
this area where i live boasts that they are 'growing'. you are not. its just that members from other parts of the world are being displaced and coming here. there are no new members. when i was younger, i used to go testifying with the ministers. that doesnt happen anymore. its because the holy spirit is not emboldening them to go out and put their neck on the line. the sacrifice has diminished and they are scared perhaps.
in conclusion, i spent the better half of my childhood and teens volunteering in the NAC and being a deacon. although i have good memories on occassion, the youth were preoccupied with drinking, taking recreational drugs and sleeping with each other. This is unbecoming of a 'child of god'. I got sick of it and pulled the pin and now live my own life. the reason why the church has lost its way is because the members focus on the wrong things, and ministers no longer put themselves on the line and face the questions of the community.
Save
Cancel
Reply
replied to:  dreyfuss1981

Replied to:  There are many problems with the NAC and probably many other...
I know that you have good intentions, but in your first line of your answer you say "why should there be Apostles?" well for one reason only, because Jesus said so!
He commissioned them to feed the lambs and feed the sheep also, he said forgive their sins and retain their sins, he said preach into the uttermost parts of the world and I will be with you! We did go to the same Sunday School Right?
I still believe in the Apostle Ministry, I just don't see it being valued now as it was then, and I do not blame the Ministry, but the men that hold the office. GOd knows how I feel, and I pray that HE will make things right again or give me the strength to see through these changes. If need be the ones that are tearing down the work that was labored over by the former Apostles and humble ministers, if they should have to leave this Earthly dwelling for their nonsense to stop then so be it! But Leaving here is not a punishment but a blessing. Living on Earth is not the Kindgom of God, it is pure HELL. I too saw things when I was
younger that I did not "approve" of in the youth, but I was not the one doing those things so I did not stress myself over it. But these days, there just is no more respect or holiness in the church! Why? Because the (leaders that be)
wanted to see if we could get as many members as other churches. I liked the self centered soul concept, but I also
was very Christ minded to at least practice what I preached.
The answer will come! Hopefully soon too! I can barely go
there at all anymore! I wish you all the best too and may
we both be healed and helped! I know The Father loves me still.
JHolly to dreyfuss0981
Save
Cancel
Reply
replied to:  jholly

Replied to:  I know that you have good intentions, but in your first...
Where in my first line did i say 'why should there be apostles?' I said 'why should there be' in relation to the mentioning of apostles. thats the thing with NAC sermons that there is such a focus on the Apostles and revering those who hold the office. the reality is that God gave teachings in the Bible to help us become better people. Jesus came and gave authority to certain people to teach through the inspiration of the holy spirit. so we can learn by reading the bible or if you want to, go to church once or twice a week. this means that for at least 90% of our lives, we are by ourselves, and need to take responsibility for our own way of life. So why do we need apostles? I never said we dont. But dont revere and praise them. they are simply teachers of the work of god. learn from them, and live your own life striving to create an individual relationship with God. If there is one thing I have learnt, is that if you put your faith in a man (ie Apsotles or any minister), then you run the risk of being disappointed. but if you put your faith in God, then you are establishing a firm and true foundation for your faith. Although i dont go the NAC anymore (other than christmas or new year) I have still made experiences with God which shows that we are still connected.

Your response is very NAC in the sense its quite condescending.I pray that you can find peace and look outside the boundaries of NAC doctrine to see that God can be found every where in the world and does not restrict the teachings and beliefs to the confines of one church. this will truly make you free.
Save
Cancel
Reply
replied to:  dreyfuss1981

Replied to:  Where in my first line did i say 'why should there...
Hello dreyfuss1981

I cannot help but be very NAC after all I am 4th generation in the US. Not that all of my family memeber were outstanding witnesses of the faith, but I was blessed to have a spiritual heart and a genuine longing for a closeness to God. I found that niche in my early youth days
and it has kept me pretty strong until as of the past 6-7 years
The dreadful reign of CA Leber and DA Kolb has me buffaloed!
I do not believe that God likes this kind of behavior in them nor in myself, but I did not create this unrest!
If I seem condecending I am sorry but I am not condeming!
I have to hold on to what I found to be my very own special place with God. With or without the Apostles. I get very upset when I witness other PREACHERS because I want to question who gave them the Authority to speak about my brother Jesus Christ and the ALmighty God? I still believe that God sent and still sends them into the world to teach, baptize with water and the Holy Spirit and forgive sins until his return. I can only believe that one day(soon)
the answer will be revealed and we will all (of the same Christ mind) be unified together. Do you not have respect for the president or reigning monarchy? We should also have respect for the ambassadors that Jesus sent. That is totally
what I believe. No Man can preach on his own!